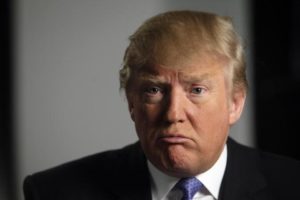 The loans are against Trump’s golf course in Miami and hotels in Washington and Chicago.

Deutsche Bank gave the Trump Organization loans that have Trump paying only interest on the loans so far. The entire principal is outstanding on two of the three loans. The loans come due in 2023 and 2024.

The three loans against Trump’s properties and start coming due in two years.

Trump has personally guaranteed all the loans. This means Deutsche Bank could also seize the president’s assets if he is unable to repay.

For months, Deutsche Bank management has discussed ways in which it could rid the bank of its relationship with Trump. The bank sees Trump and his company as risky to their reputation. 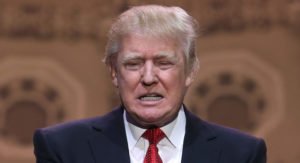 Deutsche Bank officials discussed selling the Trump loans on the secondary market. However, the bank told Reuters, that the idea has not gained traction. This is due to uncertainty over who would want them and who is willing to deal with Trump Organization management.

The German bank started lending to Trump in the late 1990s. However, they have been dragged into congressional and other investigations into Trump’s finances and alleged Russian connections.

Deutsche Bank executives say the probes and the bad press are seen as “serious collateral damage” from the relationship. They also added that they are an unwelcome distraction for the bank.

Massachusetts Senator Elizabeth Warren has called for a Senate Banking Committee investigation into Deutsche Bank. She wants the government to review the bank’s money-laundering controls and has demanded answers from the lender about its relationship with Trump and his family. She told Reuters that she intended to keep pushing for a probe in the next administration.

What Are Deutsche Bank Plans If Trump Loses The Election? 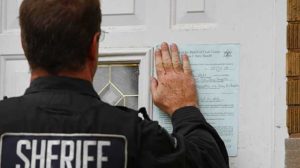 However, bank executives believe they will also have more freedom to end their relationship with Trump.

If Trump is not in the White House, Deutsche Bank executives feel that it would be easier for them to demand repayment. Deutsche Bank has a number of options available. Foreclosure is one option if he is not able to pay it off or refinance. The bank could also try to sell the loans on the secondary market.

The coronavirus-driven economic slowdown has hit Trump’s hotels and golf resorts hard. Trump plans to make money by developing houses and hotels on his golf courses. However, those plans have not panned out.

The Deutsche Bank executives are also concerned about Trump’s ability to repay the loans. The bank is doesn’t like the negative attention Trump brings.

Deutsche Bank executives also feel their options would be fewer if Trump wins a second term. The bank wouldn’t want more negative publicity by seizing assets from a sitting president. The bank would also be forced to extend the loans until he is out of office.