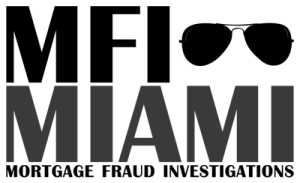 MFI-Miami has become an international leader in investigating mortgage fraud since inception in 2008. This is due to the extensive media coverage it’s investigations receive.

Several MFI-Miami blogs have been the subject of numerous discussions on The Keiser Report and RT. Steve Dibert has made multiple appearances on the show.

A 2009 BBC documentary about the Baltimore Ghetto Loans lawsuit against Wells Fargo highlighted an MFI-Miami report.

South Florida media outlets such as The Miami Daily Business Review, The Miami Herald, and The Real Deal have covered MFI-Miami

The Florida Center For Investigative Journalism also profiled an investigation by MFI-Miami.

The Boston Herald featured MFI-Miami in a 3-page spread in November of 2009.

The Detroit News, Metro Times, MLive and The Northern Express in Michigan have also featured MFI-Miami.