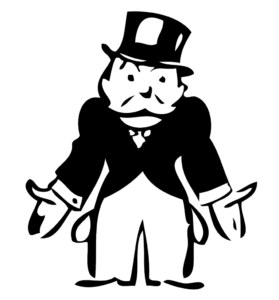 It seems as if Donald Trump is underwater. The revenue he is generating from his properties just barely covers the interest payments on his massive debts.

It appears the Trump Organization has been surviving month to month and eek to week. This would indicate Trump’s finances aren’t as robust as he likes to brag. It also indicates his debts are far larger than the total value of his assets. This would give him a substantial negative net worth.

Six of Donald Trump’s seven highest revenue-generating properties are currently shut down due to the COVID-19 crisis.

Trump has gone to great lengths to grift remarkably small amounts of cash since he assumed the presidency. This has always suggested that he was struggling to keep up with his loan payments because he had little or no cash on hand.

The New York Times is reporting the negotiations are ongoing.

Deutsche Bank’s loans to Trump include his Doral Florida golf resort. It also includes the Trump International Hotel in Washington DC and a Chicago tower. Two of the properties are being hit by the COVID-19 pandemic. The bedbug-infested Doral golf resort near Miami has stopped all operations, while the Washington hotel closed its restaurant and bar.

The Trump Organization had been trying to sell the lease for the Trump International Hotel. However, the bidding has been stopped. The federal government owns the building.

and check out these articles: