I’m starting to believe that Michigan House Leader Democrat Christine Greig is either a closet racist or your typical out of touch suburbanite with a sense of entitlement.

I grew up in the white Detroit suburbs. I have also lived in other metropolitan areas like New York and Miami. So I can say with experience that Metro-Detroit is still one of the most segregated regions in the country.

White suburbanites in suburban Wayne and Oakland County stay away from Detroit except to go sporting events and concerts. When they do, they then hightail it back to the lily-white suburbs.

Growing up there, I can tell you that most white people in Detroit’s suburbs are racist. Most of them may not verbalize it or show it in public. Nor will they say it to a black guest in their home.

Sure, they’ll be nice. They’ll be polite. That is until they leave the house. Once that happens, white suburbanites will start tossing the n-word around like they were at a Klan rally.

Oh, and god help a white girl who brings home her black boyfriend. It’s tantamount to telling your bible-thumping Christian parents you are gay.

Oh and let’s also not forget about the white flight that still happens. As more black people built their wealth, they too decide to leave the old neighborhood and move to the suburbs. Soon, white people quietly move out and move further north or west.

Does This Make Democrat Christine Greig A Racist Or Are Urban Issues Not Important To Her? 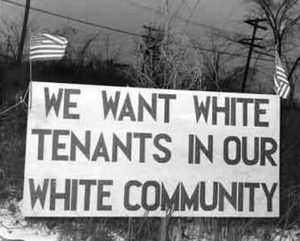 Now, I can’t speak for Christine Greig being a racist. I only met her a couple of times back in the 1990s when I sat on the Farmington/Farmington Hills Commission on Children, Youth, and Families.

I also don’t remember seeing her at any Farmington Democratic Club meetings or Democratic Party meetings. Nor do I remember her campaigning for Democrats before I moved out of the Farmington area in 2001.

Greig did pal around with a lot of middle-age Pro-Choice Republican women quite a bit. Most of whom have either died or moved away.

From what I hear from friends in Lansing, Greig does have a touch of Scarlett O’Hara Syndrome. 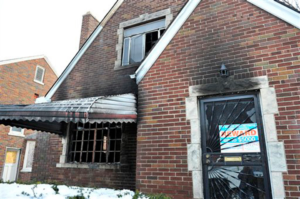 So that’s a pretty good indication she has absolutely no understanding or no interest in urban issues. Why should she? It doesn’t affect her or her family because they’re white entitled suburbanites.

Greig’s lack of interest in urban issues came to a head last year.

After all, representatives representing urban areas make up nearly 20% of the caucus. Greig ignored the question and after 18 months as caucus leader still has not offered a plan.

Greig Puts Party Politics Ahead Of Black People In Detroit

Friction between Greig and Black Detroiters began last year. The Michigan Legislature and the newly elected Governor Gretchen Whitmer finally took on the issue of the exorbitant insurance rates Detroit residents are forced to pay for car insurance.

This is an issue that Whitsett fought for since before she went to the legislature. It is also the issue that got her elected.

When the compromised bills finally came up for a vote, Greig instructed the caucus to vote against it. Greig even threatened black members of the caucus who saw the benefits of the bill and want to vote in favor of it.

After all, Whitsett and other Black Caucus members from Detroit saw no logic in voting against it. The bill wasn’t perfect but it gave relief to residents of Detroit. Besides, the Republicans had the votes to pass it and Governor Whitmer pledged to sign it.

Whitsett and 3 other Democrats voted in favor of the bill. Greig then threatened to make Whitsett’s life a living hell.

Greig’s position was and is, the Democratic caucus will vote against all bills introduced by the GOP majority. Period.

Greig kept her promise to Karen Whitsett. She made Whitsett’s life hell. Greig withheld Whitsett’s mail to her constituents about town halls and other events without telling her.  Listen to the interview Whitsett gave to Charlie Langton:

Christine Greig was nowhere to be found in February when a political battle erupted over a traditional African prayer.

Speaker of the House Lee Chatfield interrupted a traditional African prayer for Black History Month claiming it was inappropriate for the Capitol.

Detroit State Representative Leslie Love told WXYZ she had to fight to share an African prayer that involved meditative drumming in the House Chambers.

The confrontation turned into pandemonium as lawyers, pastors, and the Michigan Legislative Black Caucus got involved in the fight. Chatfield was finally forced to back down and allow the prayer the following day.

The one person who should have been at the forefront of the fight couldn’t be found. That, of course, was Christine Greig. Was her absence because of racism or was she just hiding under her desk like George Costanza in Seinfeld? You decide. 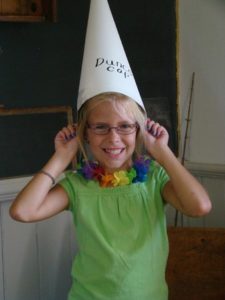 Let’s face it, Greig like the Democratic leaders before her are followers, not leaders. This would explain why Michigan Democrats have been in the minority in Michigan government for nearly 30 years.

Greig also has a 5 1/2 year history of being nothing more than a bench warmer and as a “Do-Nothing Democrat.”

Greig has only introduced three bills during her tenure. None of which ever made past a committee vote.

Sure, she’ll blame the GOP majority but at the end of the day, it’s just an excuse. It shows a lack of creativity and a lack of leadership.

She has obviously never hung out with any retired members of the US Marine Corps. One of my first bosses in the finance industry was a retired Marine Gunnery Sargeant who drilled in our head, “Improvise, Adapt, and Overcome.”

The one major issue, auto insurance reform, she voted against and punished caucus members who did vote in favor of it.

She also doesn’t seem to understand or care about African-American traditions.

Leadership, the art of politics, and the importance of the Black vote in Detroit are the three most important things an elected Michigan Democrat needs to understand and master if they want to seek higher political aspirations in Michigan politics.

Unfortunately, most elected white Democrats from outside of Detroit never understand these. Nor do they make an effort to understand them.

Also, Check Out These Related Articles: