Michigan Democratic Party Operative Jennifer Suidan Gets Slap On The Wrist For Embezzling $140,000 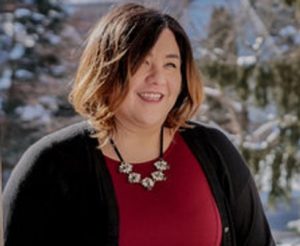 Michigan Democratic Party operative Jennifer Suidan has been sentenced to probation and community service for embezzling.

Jennifer Suidan has pleaded no contest to embezzling money from the campaign funds of Oakland County Treasurer Andy Meisner.

Suidan could have received a prison term of as many as 20 years. However, Oakland Circuit Judge Nanci Grant sentenced her to five years of probation and perform 100 hours of community service.

Suidan is also to write apology letters and pay back more than $140,000 in stolen funds.

In addition, She also must receive mental-health treatment. Her sentence included credit for one day of jail served upon her arrest.

Suidan embezzled the money while working at the offices of the Goodman Acker law firm. The law firm handled the campaign accounts of Oakland County Treasurer Andy Meisner and others.

A routine audit of Meisner’s campaign account last year uncovered the embezzlement. The Michigan Democratic Party operative was the official record keeper of the account. She also served as Meisner’s campaign manager for his election 2012 and 2016.

I became aware of significant irregularities in the record keeping of my campaign committee. It now appears that the committee’s designated record keeper, Jennifer Suidan, misappropriated money from my campaign. When I learned of this, I immediately notified the authorities.

Meisner’s move to share his decision with media and law enforcement killed the candidacy of Suidan for the Michigan House. The 39th District was a key battleground for control of the Michigan House of Representatives. The Michigan Democratic Party had hoped to retake the seat they lost in 2012.