Gretchen Whitmer Aide Jonathan Kinloch has quite the troubling past to show for it. It appears Governor Whitmer and other Michigan Democrats have enabled his reckless behavior and also tried to cover it up.

In addition, they have even rewarded him by making him Chairman of the 13th Congressional District Democratic Committee.

Jonathan C. Kinloch started his political career as an aide to late Michigan Senator Jack Faxon. Faxon was known for prancing around on stage in the Detroit Opera Company’s performances of Die Fledermaus in the 1980s.

Faxon was also infamous for having his taxpayer-funded Senate staff camp out at his house during Yom Kippur. Faxon’s staff including Kinloch were tasked with turning his lights on and off and to change the channels on his TV when he was done watching Matlock or Masterpiece Theater on PBS.

Kinloch has also worked on the taxpayer dime most of his adult life thanks to being a professional asskisser. Detroit Mayors from disgraced Kwame Kilpatrick to Mike Duggan as well as various Governors have appointed Kinloch to various boards and commissions over the past 20 years.

Kinloch’s latest political gig included working as an aide for Governor Gretchen Whitmer. He left that position in late March.

Kinloch has become infamous over the past week for leading the charge to censure Michigan Representative Karen Whitsett. Whitsett met with President Trump regarding COVID-19 assistance for Detroit. 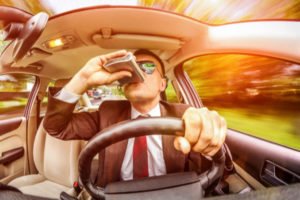 Jonathan Kinloch apparently enjoys his alcohol and he can’t stop himself from getting behind the wheel of a car. He had been caught driving drunk three times between 2001 and 2005.

Court records show Kinloch continued to drive despite having his driving privileges suspended.

Jonathan Kinloch finally stopped being a menace on the roads in 2005. 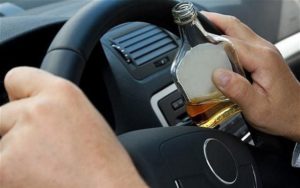 He then used his political connections to get a reduced felony conviction and 6 months of probation.

Any other person or African-American for that matter would have been locked up in prison for at least a year.

Kinloch also lost his license for 10 years. However, it is unknown how he got to various board and commission meetings taxpayers were paying him to attend.

It appears City and state officials never asked Kinloch to resign from any boards or positions after his pleading guilty to a felony. They just simply brushed it under the rug like it never happened. 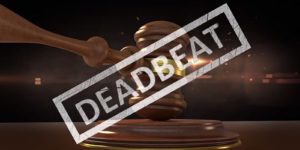 It appears Jonathan Kinloch made bad financial decisions and racked up huge debts in 2008 and onward. 36th District Court records show that in July 2008, Boulder Credit Services received a default judgment against Kinloch and received a garnishment against various city paychecks.

It appears Kinloch owed money for back rent since there is an order for eviction in the file.

In 2011, Capital One sued Kinloch for $1,712.94. However, Kinloch successfully dodged the process servicer and Capital One dropped the suit and wrote the debt off. 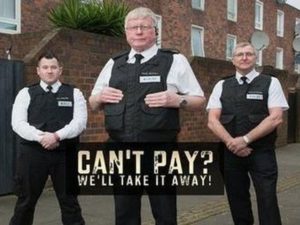 The following year, Capital One also returned to 36th District Court to sue Kinloch. This time for $1,334.25. Capital One was lucky this time. They received a default judgment against Kinloch. The court ordered Kinloch’s city-issued paychecks garnisheed.

As a result, the judge issued a default judgment against Kinloch and issued a garnishment order.

Detroit Police investigated Thornton’s allegations who is also a member of the 13th Congressional District and is a precinct delegate from Detroit.

As a result, the Wayne County Prosecutor’s Office filed charges against Kinloch for assault and battery.

He pleaded not guilty at his September 26, 2017 arraignment hearing and posted a $5000 personal bond.

Marie Thornton alleged she was physically attacked by 13th Congressional District Democratic Committee Chair Jonathan Kinloch.  She claims he intentionally applied pressure to her left arm by slamming a glass door on her.

Thornton alleged that Kinloch did not like that she was recording a meeting of the Statutory Executive Board.

“(He) took matters into his own hands in order to discipline me.”

Thornton said that Kinloch later threatened and harassed her for bringing the charges.

“Kinloch has tried to silence me. Is this what the Democratic Party is about?”

Kinloch hired a high priced lawyer from the suburbs. As a result, Kinloch was found not guilty.

Also, Check Out Other Articles About Michigan Democrats: