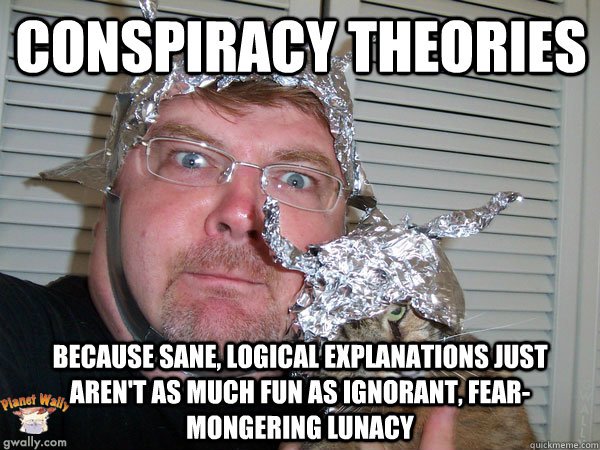 Several weeks ago, Angry Wing Nut Ted Visner posted a video promising to kill anyone from Michigan law enforcement who attempted to evict him from a house he is squatting in with his girlfriend. Visner also threatened to kill himself thinking it will trigger a revolution. He believes his followers will rise up and overthrow the corrupt tyranny of the U.S. government, the state of Michigan and Isabella County.

Ted Visner claims the county plotted to illegally evict him from a home he and his “wife” Kathy Smith allegedly bought on a land contract in 2010.

The Truth Behind Ted Visner And His 2010 Eviction

Ted Visner has been trying to convince people that sheriff deputies illegally evicted him in 2010. He believes they were under the command of the Sheriff Department’s secretary, Shelly Sweet.

The bankruptcy filing also shows Sweet and Smith entered into a verbal month-to-month tenancy agreement for the property in December 2009.

Visner and Smith filed Chapter 7 bankruptcy on August 10th and listed Sweet as a creditor. Smith and Visner owed Sweet rent for July and August in the amount of $5000. Smith and Visner list 7287 E. Fremont Road as their primary residence.

Ted Visner is currently living in the Fremont Road house with Danielle Austin. They are both facing eviction.

A hearing was held on the Complaint to Terminate Tenancy on September 7, 2010.

Sweet’s attorney informed the court that Visner and Sweet had filed Chapter 7 bankruptcy. He also stated the property appeared to be vacant.

Visner and Smith’s bankruptcy attorney attended the hearing representing Visner and Smith. She did not object to the court entering a Judgment of Possession by default on September 7, 2010.

On September 15, 2010, a Section 341 Examination was held between Smith and her creditors including Shelly Sweet. Smith testified she and Visner had vacated the property.

Ted Visner filed a motion to set aside the Sweet’s sale of the property. Visner’s motion was denied.

Ted Visner Tries To Shake Down The Isabella County Sheriff

Visner claims that he went to the property on September 27, 2010. The day after Sweet took legal possession of the property to find his possessions gone and the locks changed. All of this is detailed in emails Ted Visner sent to Sheriff Leo Mioduszewski at the end of February of 2011.

It appears Ted Visner is a victim of his own bad business decisions not the crushing oppression of the Obama Administration or Isabella County.

Did Ted Visner Think He Could Play Donald Trump?

It appears Ted Visner felt he could play Donald Trump after watching the first season of The Apprentice. Visner at one time owned five properties across Michigan with the property in Isabella County belonging to Kathy Smith.

He also owed nearly $5,000 in unpaid property taxes on two others. In addition, Visner also owed investors and contractors nearly $69,000.

He also owed $30,000 in unpaid child support payments to the state of Washington on behalf of Cynthia Hager.

Ted Visner filed a nonsensical brief attempting to stop his eviction from the Fremont Road property. The brief literally contained a diarrhea of fonts.

Visner obviously cut and pasted passages off the internet sites like Wikipedia and Michigan.gov He also regurgitated other nonsensical motions he has filed over the years.

Visner’s latest attempt to play Oliver Wendell Holmes is laughable. He is demanding a Writ of Habeas Corpus.

Ted Visner Claims He Is A Victim Of A Mass Conspiracy

Visner also claims that the foreclosure and eviction on the Fremont Road property is some type of mass conspiracy. Visner writes in his brief:

“The Defendants,  Mr. Ted Visner and Ms. Kathy A. Smith, apparently have been the victims of a well organized and premeditated plan to steal their personal belongings and home in the past.

They claim that they can even prove to the Court that they have been victims of a conspiracy that can be considered to be a mafia the County of Isabella.”

Ted Visner got one thing partially right in his brief. MCL 400.3240 states that mortgagors with agriculturally zoned properties are allowed a 12-month redemption period.  The standard redemption period on a single family home is 6 months.

However, Michigan’s right to redemption only applies to the mortgagor and Ted Visner is not the mortgagor. Kathy Smith can claim she is the mortgagor because she is the only one listed on the deed, the note and mortgage. The rights of a mortgagor do not apply to husbands, boyfriends, tenants or squatters. Visner is unable to make the claim that the property is a marital home since Smith owned it prior to marrying Visner, even if they did obtain a marriage license.

According to the motion cover sheet Visner filed with the court, Kathy Smith does not reside in the house. She lives at 110 East Main Street, Edmore, MI. Edmore is in Montcalm County, not Isabella County. Visner also claims he is currently sharing Smith’s house with his live-in girlfriend, Danielle Austin.

The Michigan Chapter of Action For Justice is representing Ted Visner. Visner describes AXJ as an “International Civil and Political Rights Organization,” in his motion. Yet, Visner signed the motion as a pro-se litigant.

Aster’s wife allegedly left him and was able to get the Australian court to bar him from having access to his daughter. Police discovered Aster had over 15,000 images of child pornography on his computer.  Aster ratted out other pedophiles across the globe in order to avoid prison time.

Aster named it, “Action For Justice” or AXJ. AXJ claims it is an “International Civil Rights Organization” when in reality its an alleged cover for a global pedophile and child pornography sharing network.

Aster and Ed Vallejo in California were stupid enough to try to start a war with Anonymous. AXJ tried to portray itself as a news organization and making people think they are part of Anonymous.

After you weed through all of Ted Visner’s crazy legal arguments and his bullshit claims of government oppression, it boils down to the simple truth that Visner is a desperate guy with no money and nowhere to go if he loses the house he and Danielle Austin are squatting in.