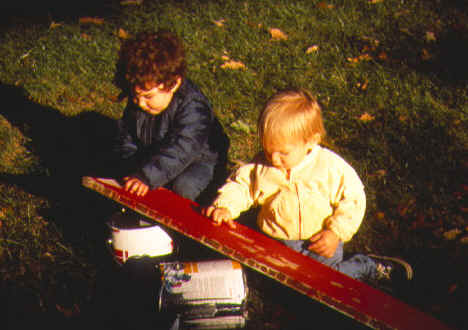 NYCHA has failed to perform lead paint inspection for over a year and Mayor de Blasio knew about. Local law and federal regulation required the agency to perform inspections yearly.

Mayor de Blasio knew NYCHA was in noncompliance on lead-paint inspections since April 2016. He even boasted about NYCHA’s “aggressive” program to find and remove lead paint.

Yet, the Mayor withheld the information from the public and NYCHA’s 400,000 tenants.

The NYC Department of Investigation revealed that Shola Olatoye had certified NYCHA was in compliance on lead checks when she knew it wasn’t.

The DOI found that Olatoye had signed an October 2016 document certifying that the authority was in compliance with all lead-paint inspection requirements.

Olatoye knew this was not true.

The DOI discovered that NYCHA had not been doing the required annual inspections of thousands of apartments since 2012.

Mayor de Blasio made a statement after being pressed by The News:

The circumstances surrounding the city’s failure to conduct lead inspections and the false reporting that followed are simply unacceptable.

Heads began to roll on Friday. NYCHA announced the resignation of two senior managers and the demotion of a third. Olatoye promised “sweeping changes” to its operations.

202 children in public housing apartments since 2011 have tested positive for higher-than-acceptable blood-lead levels according to the Daily News.

Lead can cause brain damage in young children.

NYCHA has said they have directly connected high blood-lead levels in only 18 children.

New York City has had serious problems dealing with the hazards of lead paint. In 2004, the city adopted Local Law 1 co-sponsored by de Blasio when he was a Brooklyn city councilman.

Local Law 1 requires all landlords to annually inspect all apartments suspected having lead paint. The agency also falls under the jurisdiction of Local Law 1.

In 2012 and 2013, NYCHA stopped doing annual inspections altogether as it tried to address a huge backlog of repair requests. And from 2014 through 2016, NYCHA was still unable to perform the annual inspections on all 55,000 lead paint apartments.