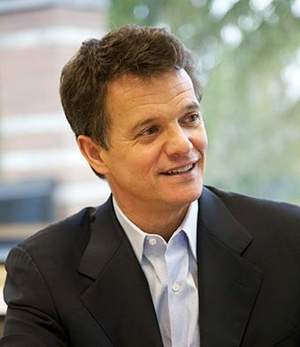 Congressman David Trott has introduced a bill (HR 1849) that would allow law firms to sidestep federal laws barring abusive debt-collection practices. The bill would allow firms like Trott Law to continue to make false threats and pressuring people to pay debts they don’t actually owe. Something Trott Law and Trott & Trott have been doing for nearly two decades.

Everyone in foreclosure defense industry sees a conflict of interest for Trott because it benefits his former foreclosure law firm.

Does David Trott Have A Conflict Of Interest?

David Trott claims there are no conflicts of interest. Trott sold his stake in the firm in August of 2014.

Trott was elected to Congress the following November.

He also says his critics misunderstand the law in Michigan.

The technical correction proposed in HR 1849 would not help Rep. Trott or his former law firm in any way. The legislation would have no impact on the frivolous lawsuit.

Trott’s bill would also exempt licensed attorneys engaged in litigation from the supervision and enforcement authority of the Consumer Financial Protection Bureau. The CFPB has gone after several law firms including Trott Law over questionable debt-collection practices.

Trott Law has also responded to these complaints by claiming the firm is not a debt collector. Instead, the firm claims they are a “financial institution.”

Foreclosure mills like Trott Law repeatedly bring foreclosure actions against homeowners without validating the debt. Yet, Trott said the concerns are overblown.

Brian Marshall from the Americans for Financial Reform said one of the reasons Congress adopted the FDCPA was to empower consumers to sue to enforce their rights under the law.

You can file a bar complaint against a lawyer. But it’s not like you could take a lawyer to court to get compensation from the wrongdoing.

Marshall also stated that Trott is doing a “favor” for debt-collection law firms and attorneys by giving them a competitive advantage over non-attorney collectors, Marshall said.