Okay, I’m just going to come out at say it. CRA housing agencies set up under the Community Reinvestment Act are a joke. They need to be tossed onto the ash heap of history. They need to relegated to the same place where subsidies for cotton gin and buggy whip manufacturers now rest.

No, it’s not because of the claims that armchair conservatives like to spout on social media websites. Comments that CRAs were the cause of the financial crisis and other such nonsense.

For the record, loans made by CRA housing agencies were not the cause.  Lending guidelines on CRA loans are much stricter than on most conventional lending programs or sub-prime loans. CRA loans also only made up less than 10% of the mortgages written during the housing boom. 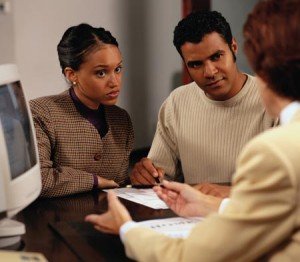 What Are CRA Housing Agencies?

The United States Congress passed The Community Redevelopment Act in 1977. The goal was to encourage banks to help people in low and moderate income neighborhoods become homeowners.

Banks can offer low-interest mortgages to people because the local municipality is donating the land or leasing the land to the homeowner.

They also like offering loans through CRA housing agencies because it shows they active in the community.

Banks even contribute and help fund non-profit housing agencies under the CRA.  This, in turn, helps the banks when they seek FDIC approval to expand their business. It also helps if they need FDIC approval to merge with another bank or expand their branch network. This is one of the reasons banks flock to CRA projects and fight over eligible homeowners.

This business model may have been what was needed in the 1970s or even the 1980s. However, the housing boom of the late 1990s and early 2000s shot this model out the window. Minority homeowners flocked to sub-prime loans or government-backed loans.

When the financial crisis began, CRA housing agencies began offering modifications and foreclosure assistance at no cost. Many of them claimed they had inside relationships with the banks and therefore could save the homeowner from being homeless.

Banks did a media blitz telling people to work with CRA housing agencies or come directly to them. The last thing banks wanted was for a homeowner to talk to someone like me.

I come from the world of lending. I also have a track record of helping attorneys kick the crap out of lenders. MFI-Miami prides itself on making CEOs use Alka-Seltzer as a chaser after popping a couple of Rolaids.

Federal and state politicians wholeheartedly jumped on board the propaganda coming from the banks and encouraged constituents to call their local CRA housing agency.

Politicians even went so far as telling voters not to pay for modification assistance or foreclosure defense because a CRA housing agency could help them for free. Politicians wanted to score points with voters by giving them something for free. They were just too stupid to realize they were being used as unwitting collaborators for the banks. CRA housing agencies were herding homeowners into a financial version of the Nazi Death Camp. 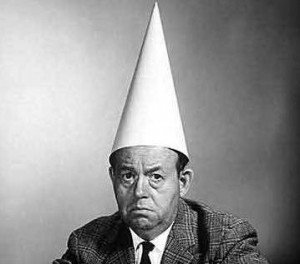 CRA housing agency isn’t looking out for the best interest of the homeowner applying for a modification or fighting a foreclosure. The CRA Housing Agency is covering their ass. They want to protect their funding that comes from their banking benefactors.

Lenders aren’t afraid to use their status as a benefactor to get what they want. Lenders want to take possession of the homeowner’s property.

Homeowners tend to be in a worse position than they were when they started the process with a CRA Housing Agency.

The homeowner eventually comes to MFI-Miami with their file. We are in shock by the fact that the CRA housing agency didn’t appear to have someone on the inside as they claimed.

After speaking to several housing counselors we learned that most have absolutely no knowledge of the basic mechanics of 21st-century mortgage lending. What is even more shocking is that the counselor believed absolutely every word the lender told them.

Banks treat CRA housing agencies like they treated mortgage brokers during the housing boom. They teach the CRA housing agency just enough so they can convince homeowners to get in the system. Once homeowners are trapped in the Kafkaesque maze of bank’s system, the bank has total control over their housing destiny.