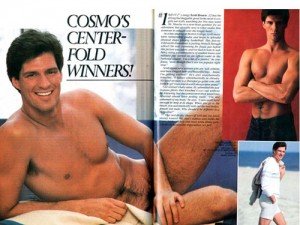 In the three years, Scott Brown was in the U.S. Senate, bankers and Wall Street types credit him helping the GOP water down the Dodd-Frank Act and then working to defeat it after taking hundreds of thousands of dollars in campaign cash from Wall Street insiders who opposed the passage of the bill.

The Boston Globe noted that while Brown himself will not be a lobbyist due to the Honest Leadership and Open Government Act of 2007 that states former Senators may not lobby their former colleagues for the first two years after leaving office, “he will be leaning heavily on his Washington contacts to drum up business for the firm.” The position will also allow him “to begin cashing in on his contacts with the financial services industry, which he helped oversee in the Senate.”

Nixon Peabody is the main lobbyist for Wall Street giant, Goldman Sachs, that has helped it able to skirt Dodd-Frank. Brown received $120,000 from Goldman Sachs’  PAC and from it’s employees during his three years in the Senate.

Brown also voted against the DISCLOSE Act which would have allowed voters to see what special interests were funding secret political ads.  The U.S. Chamber of Commerce which not only opposed the ad but with Brown’s help led the charge to defeat it, received millions of dollars in donations from Goldman Sachs for their lobbying efforts.

In February, Brown joined Fox News as a contributor and lamented on Sean Hannity’s show that Congress is “dysfunctional and extremely partisan,” and promised to “stay involved” by being “part of the election process back home and other elections throughout the country.”