Unfortunately for them, Celink was awarded the contract to provide servicing for HECM loans earlier this year.

However, Novad has filed a protest against the award of Compu-Link Corporation (Celink) for the same contract.

HUD had expected the protest and has until July 19th to make a determination on its merits. Now HUD can either respond to or dismiss the protest.

The total contract value is just over $169 million. GSA records say “period of performance” will be for a one-year base period and four additional 12-month option years.

People familiar with the matter say potential bidders for the contract could offer a challenge. The incumbent contract-holder could take steps to attempt to retain the contract.

Industry response to the news of Celink gaining the servicing contract from HUD was largely positive. 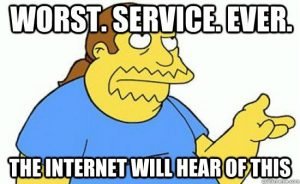 Over 20% of the complaints the CFPB received about HECM servicers in 2021 were directly tied to Novad.

The has faced many reputational hurdles the industry has faced for many years. Therefore, HUD officials believed a change in servicing contracts could be the solution.

Industry insiders say granting Celink the HUD servicing contract may be the most significant industry change since the 2014. In 2014, FHA gave protection of non-borrowing spouses.

FHA had been aiming to find a new servicing contractor to deal with issues that have plagued HECM servicing.

After Biden became president, indications were there would be no major change taking place with the HECM servicing contract by late 2021. That October, HUD announced that it had awarded a new Single Family Secretary-Held Loan Servicing contract to Information Systems & Networks Corporation (ISN).

However, the Secretary-Held HECM loans and HECM subordinate mortgages at that point remained unchanged with Novad Management Consulting, according to an FHA informational notice.

Also, Check Out These Other Articles About Novad Management Consulting: