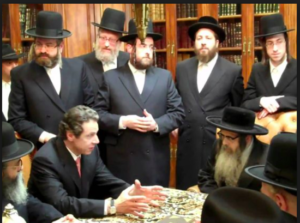 I defended Hasidic Jews in New York several years ago against what I perceived as anti-Semitism. As a result, I became a victim of a smear campaign by the cryptic Nazi group, United Monroe. The smear campaign only ended when I successfully sued one of their members for defamation.

Since then, United Monroe has for the most part disbanded. Emily Convers hightailed it to Switzerland and others fled Monroe to avoid the repercussions of creating the real estate Chernobyl they created. Namely, defamation and damage lawsuits. FYI, some of these former UM sycophants are having trouble selling their homes or are facing huge losses on their home’s value.

Since their legal victory to create the Town of Palm Tree in the Hudson Valley, Hasidic Jews in New York have become emboldened. They are no longer stayed content hiding in the shadows and being left alone as they did in Brooklyn.

They even use their resources to buy and influence politicians. Hasidic Jews in New York and New Jersey are acting like Napolitano or Sicilian mafia thugs.

Hasidic groups aren’t afraid to take and do whatever they want when they want. They don’t give a fuck what you think. It’s like Henery Hill said in Goodfellas:

If we wanted something, we just took it. If anyone complained twice they got hit so bad, believe me, they never complained again.

Hey, and why not? They have political influence over New York Governor Andrew Cuomo. They even President Trump in their pocket. 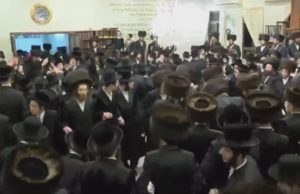 Hasidic Jews in New York and New Jersey have put their ugly arrogance on full display during this COVID-19 pandemic and they don’t care. They’re self-centered “go-fuck yourself” behavior is not only putting their own communities in danger, but it’s also putting everyone in the tri-state area in danger.

Hasidic communities in the Hudson Valley have a COVID-19 infection rate nearly double other towns and villages in their county. In Orange County, infection rates in the newly created Town of Palm Tree stood at 352 cases as of yesterday. This is almost double the Town of Newburgh which has the second-highest rate of COVID-19 infections at 198.

In neighboring Rockland County, Spring Valley and Monsey have reported 1702 cases of infection. Both of these communities have predominately Hasidic populations.

Borough Park and Williamsburg in Brooklyn have also had nearly 250 cases among Hasidic Jews in those communities.

The New York Post has reported cases affected three health centers in Brooklyn with Williamsburg having a greater number of casualties.

As a result, the community’s Satmar rebbe reportedly issued an edict to close all religious buildings in response to the health crisis.

Hasidic Jews in the Hudson Valley are having huge parties and congregating in defiance of “Stay-In-Your-Home” executive orders. Yet, police don’t fine or arrest Hasidic leaders. Police hassle or fine everyone else but the Hasidic.

They are also cramming themselves into their temples in defiance of medical experts saying to stay 6 feet away from people. Again, counties and law enforcement are fining churches and mosques for holding services.

Personally, I find Hasidic Jews insisting on holding in-person services odd. They can do worship services on the internet as other Jewish sects and Christians are doing. After all, the Hasidic don’t shun technology like the Amish.

Baruch Feldheim was arrested last week for hoarding enough hand sanitizer, hospital gowns and face masks to supply a hospital. Feldheim’s plan was to sell the products at a markup of 700%.