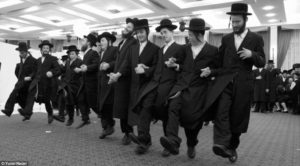 The Hasidic heavyweights in Brooklyn run a clandestine real estate empire. They are also active and powerful players in New York politics.

They have spent nearly $4 billion on acquisitions in Brooklyn and in New York’s Orange County in the past decade.

These Hasidic heavyweights mask their identities through a network of frontmen and a labyrinth of LLCs.

Yet, this hasn’t stopped them from transforming slum neighborhoods to yuppie central where sales and rental properties have skyrocketed.

The Hasidic community helped create the frenzy [in Brooklyn] we have today. They let the market explode after that.

Who Are The Hasidic Heavyweights?

Maurer discovered 10 addresses affiliated with one or more firms and was responsible for at least $100 million in purchases. The analysis included only addresses where the total expenditure involved five or more separate purchases. His research indicated repeat bets on neighborhoods. Firms like Forest City Ratner, Two Trees Management, and Spitzer Enterprises.

Dushinsky, Goldman, Brunner, and Mandel are considered the heavyweights. Goldman owns a portfolio of more than 140 rental buildings. Goldman’s holdings were included in his bond offering on the Tel Aviv Stock Exchange. He’s also looking to build up to 900 rental apartments at a 1 million-square-foot complex at the former Rheingold Brewery site.

Brunner and Mandel also own more than 100 buildings. Dushinsky has more than 600,000 square feet under development. This also includes a 500-unit project at the Rheingold site. He’s also pushing for a rezoning at the former Pfizer site at the edge of Bed-Stuy that would allow him to develop a 777-unit rental complex.

Why The New Generation Of Hasidic Heavyweights Love Real Estate 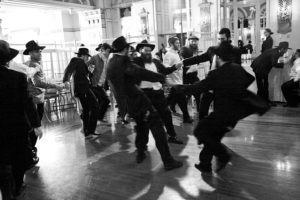 Thousands of Hasidim migrated from Southeast Europe to New York during and after World War II. Joel Teitelbaum who was the founder of the Satmar Hasidic movement was one of them. He urged the young men to balance their prayers with jobs that would provide for the community. Some went into the diamond trade and kosher foods. Others went into the garment industry.

However, a handful heard profit in the wind when it came to real estate. Real estate was also appealing. This was because Jews had been barred from owning land in Europe for generations.

There was a deeply psychological aspect to owning real estate that drove the first wave. There wasn’t a notion that they could get rich off this.

Today, their approach to the business is completely different. Hasidic investors from the Vizhnitz, Satmar, Klausenberg, and Ger dynasties are the fastest and biggest dealmakers in New York real estate.

For decades, the Satmar had been lobbying for rezoning in Williamsburg. In 2005, they finally received their request.

As a result, hey transformed a roughly 175-block area along the East River from industrial to residential and mixed-use. As a result, the rezoning led to a luxury condominium and a rental boom in the borough, However, the market turned in 2008 and development and lending slowed. This didn’t stop the Hasidic from making money. A smart and select few Hasidic firms bought nonperforming mortgages for pennies on the dollar.

Hasidic firms who rode out the financial crisis made significant profits. They are now some of the keenest real estate investors in New York.

Hasidic investors also often employ 1031 deferred-tax exchanges to plow profits from one deal into the next. They also use their construction savvy to get projects moving before selling them at a premium.

The Hasidic Heavyweights Give Back To Their Communities

Developers often live and work on the ground floor of buildings they own. Their schmoozing happens at weddings and at the temple.

Inside Congregation Yetev Lev D’Satmar, investors chit-chat at the ritual bath known as a mikvah.

The Satmar poverty rate in New York is 43% and it is also the highest among Orthodox Jews. As a result, wealthy real estate investors are relied on to be patrons of yeshivas and synagogues. This also gives them lofty status among their fellow Hasidic

The Hasidic community is also a top beneficiary of Section 8 housing vouchers  Due to extremely high birth rates, the Hasidic population in Brooklyn has been forced expand its footprint outside Brooklyn to the heavily Orthodox village of Kiryas Joel and the new Town of Palm Tree.

The Hasidic heavyweights have become masters of deal-making. They use the syndication model pioneered by late titan Harry Helmsley. They bring in anywhere from dozens to thousands of small-time equity investors to make an acquisition. Hasidic financial operations have grown more sophisticated. Yet, the Hasidic heavyweights tend to steer clear of dense Excel spreadsheets.

These guys are still very old school. They’ve memorized half the Talmud so they prefer to do complex calculations in their head.

Their approach to financing projects is also very unique in the finance world. The Hasidic heavyweights wait until just before breaking ground to line up funds. They prefer to finance in smaller loan increments over multiple stages of a development. This allows them to tweak their design plans or bring in new partners. Thus, they then have the flexibility to restructure the financing.

Some Hasidim have taken their quest for funds to the Tel Aviv Stock Exchange. Goldman from a total of two bond issuances. Pooling properties together make them easier to refinance. Yet, there are others in the Hasidim who are reluctant for the spotlight that comes from being in the public markets. They instead seek financing elsewhere.

The Hasidic heavyweights are now also dabbling in buying mortgage debt. They will strategically buy notes on properties but only within their own strike zone.