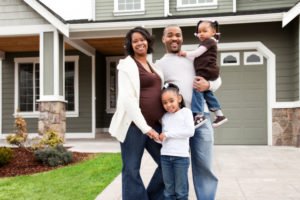 On the whole, the nation’s housing prices continued to rise throughout this year. The Nationale Association of Realtors is predicting that values are expected to continue to climb through 2020. Especially in what they are saying are the 10 hottest housing markets.

NAR’s economists analyzed the nation’s various markets. They compared various factors to determine which markets will make the cut.

The NAR considered domestic migration and housing affordability for new residents. They also factored consistent job growth relative to the national average. In addition, the NAR also looked at the population and attractiveness for retirees. Along with the history of home price appreciation in the market.

Some markets are clearly positioned for exceptional longer-term performance due to their relative housing affordability combined with solid local economic expansion. Drawing new residents from other states will also further stimulate housing demand in these markets.

NAR’s list of the hottest in the nation in the next three to five years. In alphabetical order, the markets are:

According to NAR, strong job growth is helping to drive up home prices in these markets, with payroll employment rising approximately 2.5% annually in the last three years, higher than the national rate of 1.6%.

Ogden, Las Vegas, Dallas, and Raleigh, all had job growth of nearly 3% in the last three years.

Beyond that, these markets are attracting more new residents than others. More specifically, people are moving to these markets at higher rates than the average of the 100 largest U.S. metro areas.