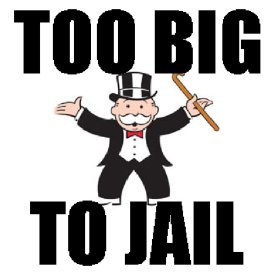 A new Wells Fargo investigation is underway by the USDOJ in Miami. The DOJ has convened a grand jury.

The DOJ is accusing Wells Fargo of colluding with affordable housing developers nationwide. The scheme involved driving down the prices of low-income tax credits. Wells Fargo potentially defrauding hundreds of millions of dollars from the federal program.

Assistant U.S. Attorney Michael Sherwin declined to comment on Wells Fargo specifically. However, he did say that his investigation was continuing and that it was looking at the entire industry.

Wells Fargo is the largest buyer of the tax credits under the program. The bank said that it had invested $9 billion into the program over the previous five years. Banks benefit by buying the tax credits through tax write-offs and credit under the Community Reinvestment Act.

The Wells Fargo investigation focuses on whether Wells Fargo offered developers more favorable loan terms or would fund other deals in exchange for making low bids on the tax credits. Former low-income housing developer Michael Cox of Miami-based Biscayne Housing Group said he was aware of Wells Fargo transferring tax-credit funds from one deal to another.

Cox was sentenced in 2016 for his role in a $36 million affordable housing scheme.

The investigation began with the US DOJ office in Miami. The Miami office has been looking into housing tax-credit fraud statewide for awhile. They have made Wells Fargo the focus of the probe. The DOJ disclosed last week that government agencies were looking into the pricing and sales of tax credits according to a financial filing.

Earlier this month, Wells Fargo agreed to pay a $2.09 billion penalty for allegedly misrepresenting the quality of loans used for mortgage-backed securities between 2005 and 2007.