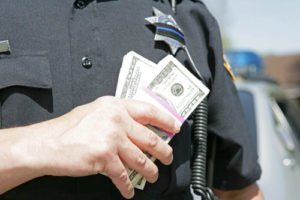 He provided inmate James Sabatino with several cellular smartphones and other items in February of 2017. Sabatino is a wannabe wiseguy from New York and a 40-year-old perennial inmate. The wannabe wiseguy never found a con he didn’t like. Nor did he ever find one he was good at. Sabatino was busted for every scam he tried to pull.

Consequently, Sabatino contacted several retail and jewelry store employees and brand representatives with the telephones. He then pretended to be an employee of various film and music companies. He convinced the victims to send high-end to various locations in South Florida and elsewhere.

The victim companies shipped the items to Sabatino’s co-conspirators. As a result, Sabatino’s pals on the outside sold the fraudulently obtained items at pawn shops and jewelry stores. Mazar received the retail items and U.S. currency from Sabatino’s pals.

Sabatino as a prisoner directed Mazar and other co-conspirators to travel to Atlanta, Georgia to sell $3 million in merchandise. Consequently, Mazar transported proceeds from the sale back to Florida.

Sabatino previously pled guilty to a related racketeering charge in Federal court in Miami. He is currently serving 20 years at the SuperMax federal prison in Colorado.

Mazar previously pled guilty to one count of conspiracy to commit mail and wire fraud. Judge Marcia Cooke sentenced Mazar to 60 months in prison and 3 years of supervised release.