President Trump’s Treasury Secretary Nominee Steve Mnuchin is facing tough questions about his leading a posse of billionaires to buy IndyMac Bank. Mnuchin led a group of investors that included Michael Dell and George Soros to purchase the beleaguered lender from the FDIC in 2009.

The FDIC had seized in IndyMac in July of 2008. It then sold the bank to the Mnuchin led group in March of 2009 for $1.6 Billion. The group known as OneWest Bank was the only bidder at the FDIC auction. In addition, OneWest also negotiated a sweetheart deal with the FDIC.

Steve Mnuchin and his billionaire pals had no incentive to modify loans because of this deal. So they didn’t. OneWest pushed homeowners into short sales and foreclosure. Mnuchin claimed at his confirmation hearing that he ran a “modification machine.”

He claims he saved nearly 100,000 homeowners from losing their homes. This number may very well be true. Yet, what he is neglecting to say in his testimony is that IndyMac either owned or serviced 500,000 to 750,000 loans. OneWest foreclosed on 36,000 homeowners in California alone from 2009 to 2011.

OneWest showed a profit of more than $1 billion in its first year in operation according to the California Reinvestment Coalition. This is due to the 2009 deal with the FDIC. 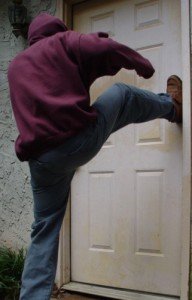 OneWest Bank did get aggressive when it came to foreclosing on properties and often refused to modify loans.

Spinner was so incensed at the arrogance of OneWest lawyers he voided the mortgage in November of 2009.

OneWest also changed the locks on a distressed Minnesota homeowner in December of 2009. Yet, this happened despite One West stating in a Nov. 25 e-mail that they were rescinding both the foreclosure.

OneWest Bank said, “You expressed concern that … you and your mother will be evicted from the property. Rest assured, that will not take place …”

OneWest changed the locks without any court action. This bypassed acknowledged and mandated Due Process procedures on home foreclosures in Minnesota.

In addition, several judges across the U.S. have issued Temporary Restraining Orders and Preliminary Injunctions against OneWest in foreclosure cases. OneWest failed to follow proper procedures during residential foreclosures.