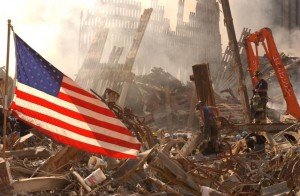 Most Americans will never forget where they were 13 years ago last week. 9/11 Responder James Campisi won’t forget where he was that day. Campisi also won’t forget what he did during the weeks after the attack. He lives with the physical reminders of those emotionally gripping weeks every day.

James Campisi was picking up trash in the Queens for the New York City Sanitation Department (DSNY) on 9/11. He got the call for all crews to come back to the yard at 8:45 that morning. The yard manager informed them two jumbo jets had just crashed into the 110 story twin towers

As the towers fell, Campisi and his brotherhood of sanitation workers answered the call from Mayor Rudy Giuliani. They raced to lower Manhattan to assist the FDNY and NYPD in their trucks. They arrived to find a pile of smoldering ruble and the partial skeletal remains of the two twin towers.

Campisi and his army of sanitation workers frantically worked to find survivors with little sleep. Soon the rescue search turned to clean up. Campisi and his crew began clearing the site of steel, glass, asbestos and human remains for the next two weeks. 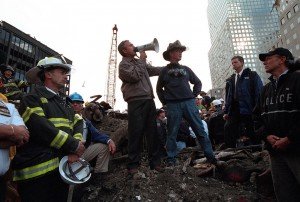 The EPA placed monitors all over lower Manhattan to test the air quality in the hours after the attackmon 9/11. President George W. Bush and EPA Director Christine Todd Whitman assured the public the air was safe to breathe.

Whitman said Ground Zero workers were fine. Workers at the site had no reason to doubt Bush and Whitman. Besides the Secret Service wouldn’t let President Bush stand atop millions of tons of smoldering ruins if the air quality could kill him.

James Campisi and DSNY workers soon went back to cleaning the millions of miles of sewers underneath the city.

Campisi began suffering chest pains and having trouble breathing as a result of working at Ground Zero. Consequently, his ailments became so bad he was forced to go on disability. He soon learned he was not alone with these ailments. Hundreds of Ground Zero workers began showing signs of the same respiratory problems.

Campisi and his wife decided to refinance their multi-unit home with GMAC. They hoped that the lower mortgage payment would help them put some extra cash in their pocket while they waited for money from the 9/11 Victims Compensation Fund.

Deutsche Bank And Ocwen Begin Jerking The Campisis Around

James Campisi’s health began to deteriorate when the financial crisis hit. GMAC sold the loan to a Mortgage Backed Securities Trust controlled by Deutsche Bank named Mortgage Asset-Backed Pass-Through Certificates, Series 2006-QS11 and GMAC retained servicing rights. The servicer was soon put into government receivership and their mortgage servicing division spun off.  Once GMAC was spun off they were put into bankruptcy.

OCWEN acquired the servicing rights to the Campisi’s loan in GMAC’s bankruptcy liquidation. The Campisis decided to try to contact OCWEN about a modification. They needed money pay for the specialized medication James needed for his respiratory problems.

The Campisis have been trying to negotiate in good faith with OCWEN and Deutsche Bank for three years. This is even after OCWEN on behalf of Deutsche Bank attempted to foreclose on them twice using the bait and switch tactic known as “Dual Tracking.”

Now James Campisi who can’t breathe without the help of a portable respirator is again in court fighting OCWEN and Deutsche Bank. They both want to take away Campisi’s rental income. Income that pays for his medication.