Wells Fargo Was The Willy Wonka Of Booze, Drugs & Sex If You Had The Golden Ticket 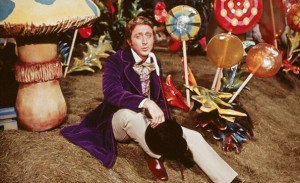 I have been bombarded with questions by media types about what caused the housing meltdown since forming MFI-Miami five years ago this included Wells Fargo.

I didn’t care as long as I got to promote MFI-Miami. Never once did I discuss what I felt were the true causes of the crash. I knew there was no way the major media outlets would interview me again if I told the truth.

People don’t realize that when mainstream media reports on the financial crisis they have to be very careful. It’s not because they may say something that is libelous or malicious, but because it may be true.

This is why we have seen virtually no coverage on the foreclosure crisis on the mainstream media.  Max Keiser gave an interesting commentary at the beginning of his show on RT recently. Keiser criticized how the journalists at CNBC are “on the air to defend the actions of the banking industry.”

The mainstream media in this country decide what stories will be published or aired based on the financial interests of that outlet’s parent company. The dystopian future of journalism as predicted in the 1976 movie, Network has become all too real.

What Wells Fargo Doesn’t Want You To Know

Last week, I realized I had enough of Wells Fargo and their attempt to spin bullshit into Egyptian cotton. I decided it was time to speak up.

There was always a big financial incentive to make a subprime loan wherever one could.

Wells Fargo has continually denied ever writing sub-prime loans since they took TARP money in 2008.

Yet, anyone who worked in lending during the boom knew this was total bullshit. Now Wells Fargo is changing their story.  Last week, Suris told the Washington Post that sub-prime was only 10% of Well Fargo’s business. Oscar Suris tried desperately to debunk Beth Jacobson’s testimony:

Oscar Suris flatly denied Jacobson’s testimony. He said the bank never made “no doc” mortgages or predatory loans that kept homeowners from paying down principal. An internal review of a sample of the subprime mortgages Jacobson approved found that almost all of the borrowers would not have qualified for traditional loans. And, he said, prime-loan officers had quotas to meet as well — only a few could have made more money referring clients to Jacobson.

Sub-prime loans were a lucrative business for Wells Fargo. They reaped huge profits with little fallout. Wells Fargo and others were able to dump these loans on the secondary market. The secondary market consisted of MBS Trusts controlled by Lehman Brothers, Deutsche Bank, etc.

Subprime loans comprised more like 40-50% of Wells Fargo’s business. Originators were rewarded handsomely for filing their pipelines. As Beth Jacobson pointed out in the Washington Post:

All-expenses-paid trips to Cancun and the Bahamas, where the likes of Aerosmith and Jimmy Buffett performed for employees…

We were also enticed with “special perks” by lenders in wholesale lending. Both Wells Fargo and Countrywide aggressively enticed us to write large volumes of subprime loans. Wells Fargo offered their retail loan officers trips to family-friendly 5-Star Caribbean resorts. The perks we received on the wholesale lending side more resembled a Hunter S. Thompson novel. We received all the naked women, booze, and/or drugs we could handle.

Lending executives weren’t stupid. They knew that most mortgage brokers were men. So they would hire smoking hot women as account executives in order to get our business. These women were to flirt with us and do what was needed to get business from us.

In other words, Wells Fargo and other lenders would pimp out their female employees to mortgage brokers and correspondent lenders. They would take us out for drinks and Detroit Tiger games. They would also give us oral pleasure if needed.  Basically whatever it took to get our business.  I remember having great sex in my hot tub with one of my account executives. I told her a developer friend of mine had received site approval to build a 300 unit development.

Wells Fargo And Other Lenders Paid For Strippers and Prostitutes

A Wells Fargo sponsored golf outing I attended was filled with a plethora of strippers. They were hired to strip naked at each hole and spread their legs displaying the “V for Victory” pose. They would expose their genitalia when you went to sink your putt. The hotel party after was even crazier because by then everyone was drunk or stoned. The next morning the hotel hospitality suite resembled the hotel room from the movie, The Hangover.

Detroit’s proximity to Canada and a cheap Canadian dollar led to all expense paid trips to Ontario. Lenders took us to baseball and hockey games. They even bought Cuban cigars (they are legal there) and lots of booze. They would even hire a plethora of strippers and prostitutes (prostitution is also legal in Ontario). All paid for through the expense accounts of Wells Fargo account executives.

I think one of my old Wells Fargo reps may still have an outstanding arrest warrant in Ontario. There was an incident that happened in the now-defunct Jason’s Gentlemen’s Club in Windsor, Ontario. Apparently, he touched a dancer somewhere she didn’t like being touched. Next thing you knew she started beating him and chairs began flying around in the Champagne Room. Naturally, he stayed away from his boss for a few days until his black eye subsided.

Once I asked John X if he paid for this out of his own pocket and he replied, “Fuck no. Wells Fargo corporate in San Francisco pays for it.  As long as I keep producing they’ll keep paying.”

I would get equally rewarded by my Countrywide account executive. Brittany was awesome and she made sure my liquor cabinet was always well-stocked. She also used to give me a bottle of Johnnie Walker Blue along with some oral pleasure on my birthday.

Countrywide promoted her and was sent her to Plano, Texas.

Her replacement was a guy that looked like Jackie Gleason. He was a cheap son-of-a-bitch and was no fun. It ended up being a dumb move by Countrywide because I stopped giving them my business. Countrywide also began stealing my clients and gave them to their internal retail loan officers who would undercut my rates.

Screwing Over People Of Color

Wells Fargo understood that the cornerstone of any African-American community is the neighborhood church and they took full advantage of this. After all, who would question the integrity of Pastor Jones.

Oscar Suris can deny Wells Fargo targeted African-Americans all he wants but it did happen and it didn’t just happen in Baltimore.  It appears Wells Fargo did this on a nationwide basis because I witnessed it happen in Detroit when I originated loans and MFI-Miami has also discovered evidence of  “Ghetto Loans” in South Florida and Philadelphia.

I don’t know about Maryland but I know Wells Fargo actively discouraged Caucasian Loan Officers in the suburbs of Detroit from going into African-American communities in and around the City of Detroit.

Metropolitan Detroit offered WF one advantage that they didn’t have in Baltimore. Metro-Detroit is racially segregated. So few white loan officers would venture into African-American communities. Few African-American homeowners would seek out white loan officers. The other advantage was the disparity of property values between Detroit and the suburbs. This made it easy for Wells Fargo to discourage loan officers from doing business in Detroit and place their own people there.

When WF could find ministers  in ghetto neighborhoods,  they would coach them to dangle the dream of home ownership to members of their own congregations by telling them it was good for their community but what Wells Fargo was doing was setting these homeowners up for failure.  In other words, they educated these African-American ministers just enough so they could do Wells Fargo’s bidding but not well enough so they would question Wells Fargo.

Last week Wells Fargo started seizing money from Wells Fargo account holders who criticizes their foreclosure policies on the internet like they did to Aaron Krowne at ML-Implode.  So I can only imagine what they’ll do to the 85 cents I have in my Wells Fargo checking account.