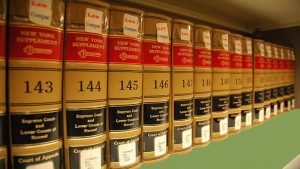 Six Judges on the New York Court of Appeals have ruled in favor of Fannie Mae in a foreclosure case. The ruling could have an impact on legislation awaiting New York Gov. Kathy Hochul’s signature.

The case revolved around defendant, Maxi Jeanty. Jeanty’s Brooklyn home had been foreclosed on in 2008. She had entered into a HAMP Trial Payment plan. Jeanty paid a total of seven payments from April 2009 through March 2010.

Jeanty made payments greater than what was owed under the terms of the original mortgage.

The court noted that Jeanty made the first three payments were required under the plan. However, the remaining four were not.

That action led the court to conclude that the additional payments was an acknowledgement by Jeanty that more money was owed.

Lawmakers who supported the legislation also argued the intent was to eliminate abusive and unlawful litigation tactics used by lenders. They say lawyers representing lenders manipulate the law and the courts to expedite foreclosures.

The 2021 New York appeals court decision in the Freedom Mortgage Corp. vs Engel made legislators uncomfortable. Some legislators said that ruling had given mortgage lenders and their servicers the ability to abuse the court system.