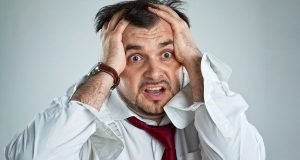 The plaintiffs attorneys said that the award is significant. They say it demonstrates that the two companies have harmed thousands of divorcing homeowners. The two companies refused people loss mitigation during a divorce. This directly conflicts with federal law and Freddie Mac guidelines.

Attorney Rusty A. Payton said in a statement:

“Our client was abused for nearly five years because Ocwen simply refuses to follow the law. Ocwen’s conduct maintains a long-time trend of abusing homeowners and ignoring legal obligations. Ocwen engaged in tactics that made it impossible for our client to get the relief she was entitled to, eventually suing her for foreclosure in early 2018.”

Ocwen then dangled an offer of help, received payments intended for loss mitigation, only to later snatch the offer away. Ocwen mistreats divorcing borrowers in need of a loan modification. Our client is relieved that this long nightmare appears to be drawing to an end.”

“For claimant, the actions of the loan modification process in December 2018 through June 2019 may not have begun as intentionally malevolent but clearly evolved into deceit. Claimant’s request for punitive damages is supported by the record.”

The arbitration final award was issued September 29th. The plaintiff has moved the Federal Court to confirm the award and enter an enforceable money judgment.

Ocwen’s counsel has stated they will contest entry of judgment. They claim that the arbitrator was guilty of misconduct or misbehavior. However, Plaintiff’s attorneys say the allegation is baseless and repugnant to her reputation.

“This misconduct seems rampant today. Homeowners who are experiencing similar abusive conduct from their mortgage servicer should know that there are powerful tools available to hold these companies to account.”

Payton added in an email Friday that the award should resonate with Ocwen/PHH and its investors “because it represents almost 20% of the company’s second-quarter net income and, given that this is an ongoing policy failure, we believe there are hundreds of other borrowers who have similar cases.”