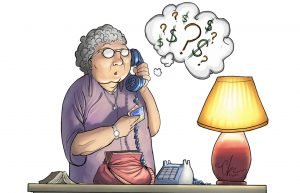 The federal lawsuit claims AAG sent borrowers deceptive and inflated home estimates in direct mailers. These solicitations were to convince consumers to take out a reverse mortgage. The direct mailers advertised a prominent “estimated home value,” according to the court filing. The CFPB alleges the stated values in the mailers was inflated.

The agency did not explain how it determined the values were inflated. The CFPB didn’t disclose any documentation it calculated the difference between the inflated values and the accurate values.

The lawsuit states that some values oversestimated by 28%.

The CFPB said the lender included a footnote in its marketing materials saying that the values were estimates. However, those efforts were insufficient.

However, they still claimed AAG performed, “no analysis directly related to the estimated home values that it advertised in its mailers.”

The CFPB also alleged that AAG violated a consent order from 2016. The consent order prohibited the lender from violating the consumer financial protection act until December 2021.

American Advisors Group Attempted To Cooperate With The CFPB 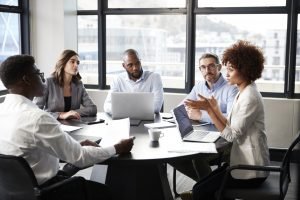 AAG said that the third-party home value estimates on the mailers were not always accurate. However, they said that the company cooperated fully with the investigation. They had also taken steps to address the CFPB’s concerns.

The proposed settlement says the lender will pay $1.3 million in civil redress and civil penalties. AAG would also have to stop advertising the allegedly inflated estimated home values to consumers. In addition, AAG would have to refer its customers to certain CFPB materials on reverse mortgages.

Reverse mortgage amounts are based on equity seniors have in their home.

How much financing borrowers can have is based on their age and on the value of the home. The larger the valuation, the more a consumer can potentially borrow.

The CFPB has significantly ramped up its enforcement activities under the Biden administration. Under its recently confirmed director, Rohit Chopra, who is expected to take office on Monday, the agency is expected to further increase its fair lending supervision.

Those actions may soon come into sharper focus. In a semi-annual report, released today, the CFPB said it had “a number of ongoing and newly opened fair lending investigations of institutions.”

Reverse Mortgages: What You Don’t Know Could Cost You

Reverse Mortgage Foreclosure Defense You Need To Save Your Home