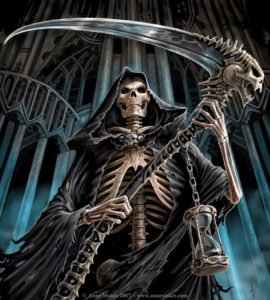 The grim reaper has dealt another blow to the agonizing death of American retail. Mall owner CBL & Associates Properties is preparing to file for bankruptcy according to people with knowledge of the plans. CBL operates 110 shopping malls in the United States.

The company is negotiating with its lenders in an effort to enter Chapter 11 with a consensual restructuring agreement in place. However, bankruptcy restructuring plans aren’t final and elements could change. CBL declined to comment about their pending bankruptcy.

CBL operates mostly so-called Class B malls. The struggles of retailers have impacted the mall owner.  The struggles of Dick’s Sporting Goods and Ascena Retail Group have hit CBL’s bottom line hard. The two retailers are among the landlord’s top tenants based on last year’s revenue. CBL’s own financial distress shows the impact of retail-sector failures.

The mall owner said they lost revenue in June from stores withholding rent during the Covid-19 pandemic. As a result, CBL was forced to skip an interest payment on its $3 billion debt. According to regulatory filings, CBL stated that it’s forbearance agreement with debt-holders that was extended until July 2nd.

Bloomberg also reported that CBL bonds maturing in 2023 were trading around 25 cents on the dollar.

The sons of Charles Lebovitz operate and partially own CBL. Lebovitz took the business public in 1993. Stephen Lebovitz is CEO of CBL and the Lebovitz family own more than 10% of the company’s equity.

Bloomberg reported in April that CBL hired advisers Moelis & Co. and Weil Gotshal & Manges as it sought to address its debt load.