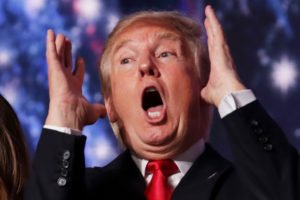 Foreign buyers buying American real estate purchases plummetted to $77.9 billion from March 2018 through March 2019. This down 36% from the previous year and the finger is being pointed directly at the Trump Administration.

The National Association Realtors says buyers from China were the biggest group to flee the American housing market. Sales from Chinese plummeted 56% in the 12 months ended in March.

Chinese people bought $13.4 billion of American homes during the 12 months that ended in March. The NAR says foreign buyers from China purchased $30.4 billion a year earlier.

The report shows overseas buyers from the UK tumbled 48%. Britons purchased $3.8 billion of American real estate. The NAR says this is down from $7.3 billion a year earlier.

The states that saw the biggest hits were Florida and California. They were followed by Texas, Arizona, and New Jersey.

Purchases from buyers who reside abroad accounted for 1.4% of all existing purchases in the 12 months ended in March. That type of foreign buyer – whose primary residence is in another country – represented about 40% of foreign home purchases, the report said.

The NAR also says 60% of foreign buyers abandoning the markets were recent immigrants or foreigners who live in the United States. The report also states that only 25% of non-resident foreign buyers used a mortgage for the purchase. The rest paid in cash.