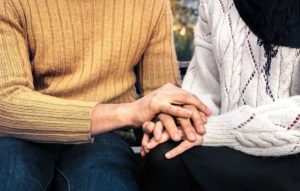 Lee operated in Michigan under the name Always Hope Pregnancy and Education Center. The State of Michigan never issued a license to Lee or her corporate entities to facilitate adoptions.

Yet, Lee repeatedly paired birth mothers with adoptive parents from 2014 to 2018. furthermore, Lee represented herself to adoptive parents as a licensed social worker with a legitimate adoption agency.

The indictment also states Lee pocketed over $200,000 from fraudulent matches in 2018 alone.

The evidence will show that this is a terrible scam of parents who simply want to make our world better by adopting a child.  We are encouraging any victims of this dishonest scheme to come forward and call the FBI hotline at 313-965-2227.

The wire fraud allegations against Ms. Lee do not begin to address the devastating emotional impact her cruel behavior has had on expectant mothers, adoptive parents, and families across the United States.

A webpage has also been created to provide case-related information to those affected by Lee. Please visit www.justice.gov/usaeo-edmi.