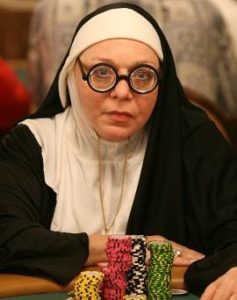 The two nuns worked at St. James Catholic School in Torrance, California. Kreuper had been a principal at the school. Chang had worked as a teacher. Both nuns were best friends and had taken retirement earlier this year.

The nuns had apparently embezzled school funds for over a period of years. The Catholic school made parents believe the school was operating on a shoestring budget.

Both nuns have reportedly expressed remorse in regards to their actions. Neither the archdiocese and the church will be pursuing criminal charges.

The Two Nuns Had Been Embezzling Money For Years

Monsignor Michael Meyers has revealed how an internal investigation was launched six months ago following a standard audit. Audits are standard procedure when a Catholic church has a leadership change.

A family also requested a copy of their tuition check made out to the school. Krueper deposited the check into a different bank account than the school’s account.

The nuns’ embezzlement scheme had been going on for at least a decade. Forensic auditors were able to trace through six years’ worth of bank records and may not include other cash transactions.

Kreuper and Chang were the only ones who knew about a long forgotten church bank account that was opened in 1997. Bank records dating back before 2012 reportedly no longer exist.

The archdiocese and parishioners never became suspicious. Both the school and the parish had always been in the black.