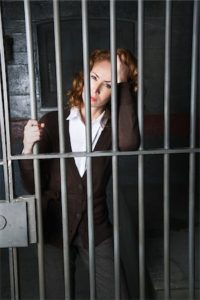 A federal court in eastern New York found senior FDIC Official guilty of theft of government property in the possession of the FDIC.

Allison Aytes was a senior employee in the FDIC’s Office of Complex Financial Institutions. Aytes abruptly resigned from the FDIC in September 2015.

The FDIC’s Office of Complex Financial Institutions oversees the orderly bankruptcy of the world’s largest financial institutions if they fail.

The Dodd-Frank Act required banks to file a resolution plan with the FDIC in the event they fail. These plans are called “living wills.”

The Living Wills include a series of documents with confidential information about the bank. The documents also include the bank’s assets, business operations, and critical vendors. The living Wills also include agreements with other banks and deficiencies that pose risk during a time of financial crisis.

Aytes worked in the office that oversaw those plans. She used her position to gain access to those sensitive documents. Meanwhile, she was attempting to get a job at one of those banks.

Aytes also used the computer in her office to review job listings. She then applied for jobs with banks that filed living wills with the FDIC.

Aytes accessed a secure FDIC database on Aug. 27, 2015. She printed out living will information for the bank in question. One of those banks contacted Aytes about a possible position.

Aytes resigned her position with the FDIC on Sept. 16, 2015. An FDIC investigation showed Aytes copied a number of files from the FDIC network onto external USB drives on her last day of work. Consequently, it was also revealed that the documents she downloaded including living wills for several banks where Aytes had been seeking employment.

As a result, she now faces 20 years in federal prison.