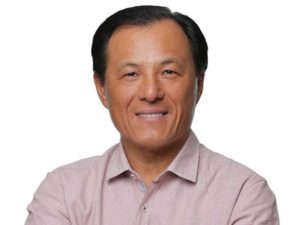 LoanDepot CEO Anthony Hsieh is reportedly fed up with his unhappy loan officers. He allegedly blasted out an email to his loan originators telling them essentially to, “Suck it up, snowflakes!”

It appears Housingwire received a copy of the email from Hsieh.

Hsieh is apparently displeased with the morale of some of his Loan Officers who aired their grievances in a company survey.

Hsieh sent out a survey to the company’s 300 employees. Nearly half of the questioned staffers reported a less-than-positive experience working at the firm. This set off Hsieh who then blasted out a curt email. The email said essentially, “Suck it up or leave!”

Housingwire stated the email could not be confirmed because the company is currently looking for a new VP of Public Relations.

I am honored to be your CEO and happy to work very hard for you. But the 42% that are unhappy being here. I do not want to work this hard for those that don’t want to be here. Adjust your attitude, be ALL-IN. Stop acting entitled and understand this industry has ups and downs but all will average out great. Be confident and stop whining.

Hsieh also argues that LoanDepot’s competitors are dying and shrinking in the face of a contracting mortgage lending environment. However, LoanDepot is in a much better position. He also adds, “If you’re not excited about this, [sic] your in the wrong company and wrong industry.”

Hsieh’s marching order tactic did not sit well with everyone. One source described the email to Housingwire as an “email from our horrible leader to all loan officers. Who is the one whining????”

Hsieh launched Loan Depot in 2010 during the fallout of the post-financial crisis meltdown.