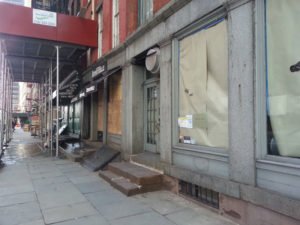 Google announced yesterday it is going to shut down the consumer version of Google+. The shutdown will happen over the next 10 months. The decision follows the revelation of a previously undisclosed security flaw that exposed users’ profile data. The security flaw was remedied in March 2018. However, the company did not disclose it.

The company said a bug in its software meant user’s private information had been accessible by third parties.

Google+ was introduced as an alternative to Facebook in 2011. However, it never caught on. This was also a contributing factor in the company’s decision. The company essentially conceded this in their shutdown announcement. The company stated that the platform currently has “low usage and engagement.”

The consumer version of platform currently has low usage and engagement. The company said 90% of user sessions are less than five seconds. Google+ was once the go-to place for company executives. However, company founder Larry Page hasn’t posted anything on the site in over three years. CEO Sundar Pichai last posted on the site in March 2016. Pichai’s last post was an article from CNN about Google’s DeepMind challenge.

However, the company plans to keep the service alive for enterprise customers who use it to facilitate conversation among co-workers.

The company is focusing on a “secure corporate social network,” which is odd considering this announcement comes alongside news that the company left profile details unprotected.

The company announced new privacy adjustments for other services. API changes will limit developers’ access to data on Android devices and Gmail. Developers will no longer receive call log and SMS permissions on Android devices. Contact interaction data won’t be available through the Android Contacts API.