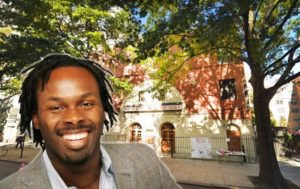 Delaware lawyer John Shasanmi is facing charges for stealing $600,000 from a Harlem church. Shasanmi represented them in a land deal.

The lawyer allegedly stole the money while representing the church in a land deal with Azimuth Development.

In November of 2014, the church agreed to give Azimuth the rights to develop the church’s land in Harlem. The plan called for a multi-use development with the church owning the first three floors of the new building.

Instead, Shasanmi placed into one of his personal accounts. Shasanmi spent the money by April 23, 2015.

Shasanmi diverted another Azimuth payment of $350,000 to his personal account in April 2017.

The pastor of the Second Providence Baptist Church discovered the theft when he asked Shasanmi for a statement from the escrow account.

Shasanmi presented a forged document to cover up his theft. The pastor demanded the lawyer turn over the money in March. Shasanmi refused multiple times.

With Shasanmi now facing charges, the church still hasn’t received any of the $600,000, prosecutors said.

The new development on the Second Providence Baptist Church’s land is set to rise 125-feet-tall according to building plans filed last year. The building will contain residential units, residential amenities. It will also feature space for a church facility, according to the plans.