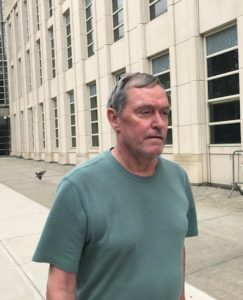 Robert N. Bertrand, the former CFO of Soupman was sentenced to nine months in prison. Soupman licenses its name and recipes from Al Yeganeh. Yeganeh was the inspiration for the Soup Nazi character on the television series “Seinfeld.”

The IRS busted Bertrand last year. He initially pleaded not guilty. He later admitted to abusing his power as CFO of the company:

I failed to collect and account for and pay taxes.

Bertrand had a corporate responsibility to collect and pay Medicare, Social Security and federal income taxes for employees. He made unreported payments to Soupman employees between 2010 and 2014. He also compensated certain employees with large unreported stock awards.

Bertrand never reported this employee compensation to the IRS. He also never paid Medicare, Social Security and federal income taxes on the side payments or the stock awards.

An auditing firm warned Bertrand these payments needed to be reported to the IRS in 2012.