With Comics Reaching the $5.00 Mark, Marvel Comics Maybe Using The Power Of Disney To Offer A Solution For Cash Strapped Readers 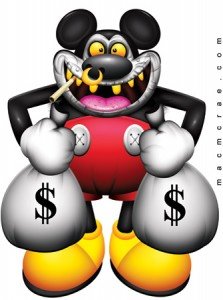 According to various websites, Disney owned Marvel Comics will be offering financing plans so more people will buy their comics. Retailers have complained for years that the high cost of comics have essentially turned their stores into libraries where people will stand for hours and read comics instead of purchasing them and reading them at home.

“Readers go to their local comic book shop, now known as a “showroom,” and check out what comics they might be interested in. After deciding on one, the customer and/or the customer’s attorney will join a shop employee in the multi-purpose back room (Magic the Gathering tournament Fridays, sex dungeon Saturday nights, etc.) and sign an agreement to finance the comic.”

When asked whether requiring small mortgages to purchase a single issue of a comic book is detrimental to the experience of reading the story and admiring the artwork att he press briefing, Alonso balked. “Maybe if these were regular comics, but these are Marvel Comics.”

I don’t know if someone is pulling an Onion style prank with this story or not, but it does bring up a good point that comic book prices are getting outrageous especially since Marvel was purchased by Disney in 2009. Marvel’s main rival DC Comics has been corporate owned by Time-Warner or the companies Time-Warner acquired since 1967.