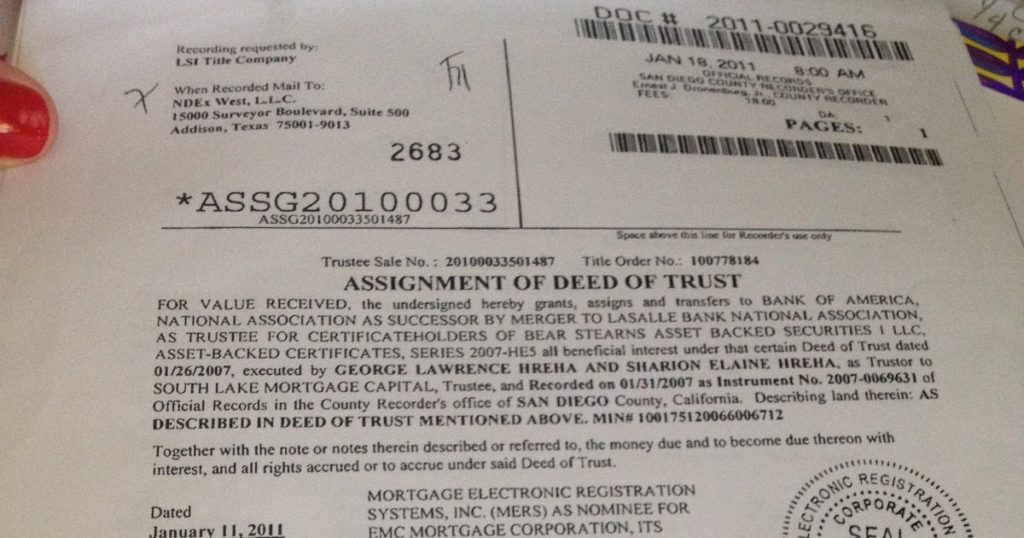 Most of the chatter is coming from mortgage activists and amateur lawyers. They have just learned that MERS was a tax dodging scheme set up by the banks.

I hear more and more whining about it every day. Especially now that Neil Garfield has been anointing more people as “Experts.”

Garfield waves his wand over their head anoints them an expert after they attend one of his seminars. Unfortunately, the rank of Dungeon Master in a Dungeons and Dragons club has more influence on a court.

There are a lot of half-truths and speculation about what MERS can and cannot do. MERS’ power varies from state to state.

What does having the Mortgage Electronic Registration System as Nominee mean?

Most mortgages that are recorded with MERS have this statement:

“MERS is Mortgage Electronic Registration System is a separate corporation that is acting as a nominee for Lenders and Lender’s successors and assigns.”

This statement does two things.

It allows MERS to streamline the tracking of who buys and sells the debt on the secondary market. It also tracks the mortgage pool it was placed in. This was done because investors trade MBSs like baseball cards. Until recently, this information was not available to the general public.

It was only made available to homeowners after Michael Moore mentioned them in Capitalism: A Love Story.

As a result, MERS shut their office in Flint, Michigan after filming commenced. They probably feared armed angry mobs of homeless Michiganians would storm their offices.  Prior to that, you had to a member of MERS to get access to the information.

Michigan is also the birthplace of the Militia movement that spawned Timothy McVeigh. MERS now just maintains a post office box in Flint and hires someone collect the mail and resend it to them at Legion of Doom headquarters in the swamps outside Washington D.C.

Second, MERS was set up to allow the owners of MBSs the freedom from having to pay filing fees taxes every time the note was transferred.  Every county in the US requires assignments to be filed every time a change of ownership takes place.

With MERS being listed as the Nominee, this only has to be done once. Any subsequent transfers are not required to be paid unless the Trustee or Note Holder make the decision to foreclose.

Some States Allow MERS To Foreclose. Some Don’t

MERS’s legal standing has been called into question a lot lately. MERS has still been allowed to foreclose on properties in non-judicial states. This is because foreclosures are done administratively. Some states regard MERS as the debt holder’s representative and give them the power to foreclose.

Nearly dozen state courts have ruled MERS lacks legal standing to initiate a foreclosure. MERS’ name is nowhere to be found on any mortgages written after August of 2007 in Florida. MERS lost their appeal in the Florida Appellate Court. Thus, MERS began removing themselves from mortgages.

One of the reasons many of these states have ruled against MERS is because of the double talk MERS gives when making their arguments.  They want to the legal authority to execute the terms of the note and mortgage but then turn around and make the argument they don’t have ownership.  Smart judges saw through the doublespeak and ruled against them.

Mortgage activists and amateur lawyers think they can bring litigation against MERS. They believe they can trace the ownership of the debt from origination to the current owner looking for a break in the chain of assignments in MERS.

This is futile and a waste of time. In most cases, the assignments weren’t filed with the counties like they were supposed to be. This is like storming a castle gate with a head of lettuce. It’s not going to work.  You need to take a different approach.