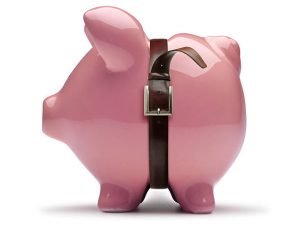 The Federal Reserve isn’t the only one tightening credit. US banks are also tightening standards and that spells trouble for the US economy.

US banks are tightening terms on loans for medium and large businesses. Banks are raising guidelines to levels usually seen during recessions,

The increased stringency by the commercial banks will likely affect the economy with a lag. As a result, business and household borrowers find it more difficult to obtain credit and eventually scale back their spending.

Growth in the closing months of 2022 looks pretty solid. However, there is a 75% probability of a recession over the coming quarters. The downturn beginning in the third quarter of 2023. The downturn could raise unemployment rate to 5.6%. This is an increase from October’s level of 3.7%.

Bank tightening lending standards by the banks will have an effect on the economy. It also means the Fed might not have to raise rates as much as feared. The fed had been raising rates to restrain demand and rein in elevated inflation. The central bank had been planning to increase rates to about 5%. This is up from its current target range of 3.75% to 4%.

Banks told the Fed they had tightened lending standards for a variety of reasons. They said one reason is a more uncertain or a less favorable economic outlook and a reduced tolerance for risk. A significant number also cited decreased liquidity in the secondary market for loans and less aggressive competition from other banks or nonbank lenders.

The industry set aside $13.05 billion in the third quarter for expected credit losses. This is up from $10.95 billion in the second quarter. It was also the sixth straight quarter that banks did this.

American Household Debt Climbs To $16.51 Trillion At The End Of The Third Quarter Of 2022