Did Convicted Felon And Detroit Fraudster Gregg Blaney Rip You Off? We May Be Able To Help! Call 888.737.6344 Today! 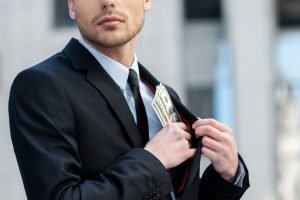 It looks like convicted Detroit fraudster Gregg Blaney is back to his old tricks. Several Detroit Detroit homeowners saw our article about Blaney from June 2019. As a result, they called MFI-Miami saying Blaney has ramped up his operation.

Gregg Blaney was convicted of mortgage fraud in 2013 on at least 10 properties in Detroit from June 2006 through December 2007. Federal prosecutors were able to prove that Blaney was buying homes using straw buyers.

Blaney even received a $40,000 kickback on one transaction financed by the now-defunct Indy-Mac Bank. He also received over $55,000 in another transaction involving Washington Mutual Bank

A federal judge in Detroit ordered Blaney to serve three years in federal prison for the $1,000,000 in fraudulent loans.

The court also ordered Blaney to pay restitution in the amount of $801,634.48. In addition, the state of Michigan also barred Blaney from the industry for life.

He was released from federal prison in February 2016 after serving three years clutching soap in the showers.

Soon after his release from prison, Blaney immediately went back to scamming unsuspecting homebuyers. Word on the street is Blaney has cranked up his illicit business by targeting African-Americans home buyers in the City of Detroit.

Blaney uses his money to live large in the posh Detroit suburb of Bloomfield Hills.

Yet, Blaney has paid a little or nothing toward his $801,634.48 in restitution to the federal court. He tells the court that he has no income.

Call Us 888.737.6344 Today If You Feel You Have Been Ripped Off By Convicted Detroit Fraudster Gregg Blaney. We Will Research Your Case To See What Options You Have.

Read more about Gregg Blaney Below: