The CFPB Spanks Wells Fargo With Yet Another Fine Yesterday For Ripping Off Consumers. This Time It’s For $3.75 Billion 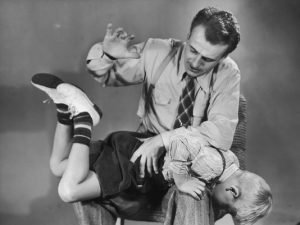 The CFPB spanks Wells Fargo with another fine by the CFPB yesterday. The CFPB has ordered Wells Fargo Bank to pay $3.7 billion for violations across several of its largest product lines. This includes mortgage and auto loans that resulted in thousands of customers allegedly losing billions of dollars. Some Wells Fargo customers lost their homes and cars.

The CFPB accused Wells Fargo of illegally assessing fees and interest charges on mortgage and auto loans. Customers wrongly had consumers’ cars repossessed and had payments misapplied by the bank.

Wells Fargo officials confirmed in a release Tuesday that it had agreed to a broad-reaching settlement with the CFPB.

The CFPB has recognized that since 2020 the company has accelerated corrective actions and remediation.

Wells Fargo also agreed to a path for the company to complete the remainder of the required actions.

The CFPB Spanks Wells Fargo For The Following:

CFPB officials said Tuesday that Wells Fargo is a repeat offender that has been the subject of multiple enforcement actions by the watchdog agency and other regulators for violations across its lines of business, including faulty student loan servicing, mortgage kickbacks, fake accounts, and harmful auto loan practices.

The $1.7 billion fine will be deposited into the CFPB’s victims relief fund, officials said.