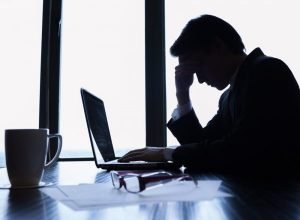 Select Portfolio Servicing aka SPS has agreed to purchase Rushmore Loan Management Services LLC to acquire certain Rushmore assets. However, the deal may be hitting a snag due to major financial problems at SPS parent Credit Suisse.

The transaction is expected to close by the end of the year. The deal is also subject to regulatory approvals and other customary closing conditions.

With Rushmore under the SPS umbrella, SPS will employ over 1,600 associates that service approximately 1.4 million loans.

The deal calls for Rushmore to operate as a division within SPS. It will lead by current Rushmore President Jocelyn Martin-Leano. Martin-Leano will report to SPS CEO Randhir Gandhi.

SPS CEO Randhir Gandhi had high hopes for the acquisition in September:

“We believe that this combination of two highly rated and well-recognized brands will create a stronger company to better serve our customers, clients, regulators and associates. I believe that we are like-minded with very similar cultural values, which should result in a strong and successful future together.”

That was 45 days ago. But a lot has happened in Zurich since then. Credit Suisse executives are in panic mode the posted an $4.1 Billion loss and saw the value of it’s shares drop by 18%.

The bank revealed a major overhaul of its business after receiving pressure from investors. They demanded management address the underperformance in its investment bank. The underperformance was due to a raft of litigation costs that hammered earnings.

Credit Suisse also said they were receiving a 1.5 billion Swiss francs from Saudi National Bank in exchange for a shareholding of up to 9.9%.

This of course puts the SPS Rushmore merger in serious jeopardy.