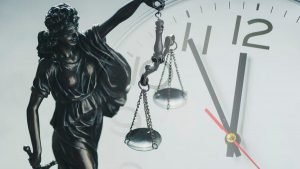 The Foreclosure Abuse Prevention Act (FAPA) is waiting the signature of Governor Kathy Hochul. Democratic lawmakers are pressuring her to sign it by the end of the legislative session.

The law passed with ease a few months ago despite a fight from mortgage lenders.

The measure would keep the statute of limitations for lenders to initiate foreclosure proceedings at six years.

The New York Court of Appeals ruled in February that lenders can stay the statute of limitations. All they have to do is withdraw the foreclosure within six years and restarting the clock later.

Homeowner advocates argued during the hearing that New York State foreclosure actions would no longer be time-limited. Lenders and the banks argued that the health of the mortgage industry depended on its ability to kick people out of their homeowners as quickly as possible.

Mortgage bank officials strongly opposed the effort. They claim lenders will flee the state in droves for places like Florida or Georgia. Lenders say they found that the state’s average foreclosure process lasted almost three years — already one of the longest in the country.

A group of homeowners sued Bank of New York Mellon with a class action lawsuit prior to the pandemic. Homeowners accused the bank of intentionally delaying foreclosures. The lawsuit accuses the bank of systematically attempting to foreclose on mortgages after the six-year statute of limitations. The court’s February decision meant that the timing of BNY Mellon’s actions was no longer an issue.