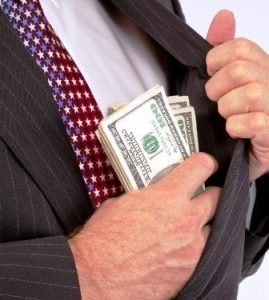 Long Island fraudster Gary Confredo pleaded guilty to conspiracy to commit bank fraud. Confredi was the mastermind in a scheme to defraud Bank of America of more than $3.2 million

Confredo faces up to 30 years in prison. As part of his guilty plea, Confredo agreed to forfeit approximately $140,000. He also agreed to pay restitution in an amount to be determined by the Court at his sentencing.

Mr. Confredo defrauded Bank of America of millions of dollars while on supervised release from a previous conviction.  With his guilty plea today, he has taken responsibility for his greed and hopefully will stop the revolving door on his life of crime.

Goldstar clients agreed to pay Confredo a portion of any loan that he secured on their behalf.

Goldstar’s clients did not repay the loans. As a result, Band of America sustained losses of approximately $1 million when those loans were not repaid.