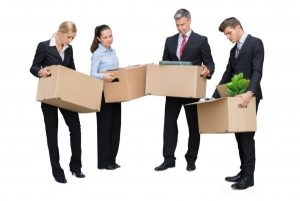 Athas Capital Group say they have decided to bow out of the lending industry like gentlemen. The direct lender announced last week that it plans to close. As a result, the closing will affect more than 200 employees.

Athas Capital Group posted a news release on LinkedIn last announcing the shutdown. They also added that the wind down would begin immediately.

The Athas WARN notices state that the employees will be terminated effective January 3, 2023. They also state that affected employees have all been individually provided notice on or before November 4th.

The mass layoff includes the Co-CEOs, the COO, the CFO and the chief legal officer.

Athas did not say whether the employees would receive a severance package.

The company also did not state how many loans remain in its funding pipeline.

Kassam’s co-CEO, Brian O’Shaughnessy, stated the company is choosing to exit the market now before things deteriorate further. This way, they can wind down our business in an orderly fashion. The company wants to ensure warehouse lenders get paid in full. Thus, do right by their employees.

Athas Capital Group was founded in 2008 by Kassam, Brian O’Shaughnessy, and Kevin O’Shaughnessy. Athas grew to become one of the 10-largest originators in the non-prime mortgage industry in the United States.

Since its founding, Athas has funded more than 14,000 loans with a combined $5.5 billion in volume.