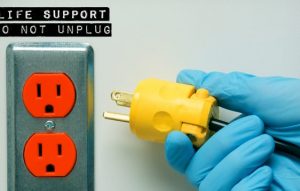 The company notified the SEC on October 20th. The company’s board of directors has authorized a plan to discontinue operations of the company’s mortgage originations segment. However, it will leave open its home improvement channel

FoA said it estimates that the costs to shut down the mortgage business will include:

FoA also states that closing its retail channel will allow it to implement what it calls a “Resource Optimization Plan.”

This plan will strategically optimize and invest” in its reverse mortgage and commercial mortgage originations segments.

The decision to close FoA Mortgage also comes about 10 days after Finance of America Mortgage announced it would stop funding or purchasing correspondent loans through its forward wholesale and non-delegated correspondent channels next month.

It also ended discussions to sell its retail mortgage division to Guaranteed Rate, according to a former company official. FoA officials declined to comment on effort to sell the division.

In addition, it said it expects to achieve annualized savings of approximately $110 million to $120 million. It added that it expects to realize related savings beginning in early 2023.

FOA reported a net loss of $168 million, or 70 cents per diluted share in the second quarter. It also announced plans to shut down its forward wholesale channel. At the time, FoA said it would halt funding wholesale loans effective December 16th.