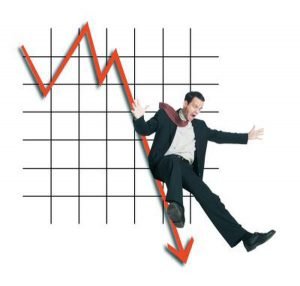 Swiss Banker Credit Suisse saw their shares plunge 18% on Thursday. The Swiss bank posted a quarterly loss of $4.09 billion that was significantly worse than analyst estimates. As a result, bank leadership announced a massive strategic overhaul.

Credit Suisse noted that the loss reflected a 3.655 billion Swiss franc impairment. The bank stated the loss related to the reassessment of deferred tax assets.

The bank revealed a major overhaul of its business after receiving pressure from investors. They demanded management address the underperformance in its investment bank. The underperformance was due to a raft of litigation costs that hammered earnings.

The bank vowed to radically restructure its investment bank. Credit Suisse significantly cut its exposure to risk-weighted assets. It also aims to cut its cost base by 15%, or 2.5 billion Swiss francs, by 2025.

The bank expects to incur restructuring charges of 2.9 billion Swiss francs by the end of 2024.

The bank revealed that 1.5 billion Swiss francs will come from the Saudi National Bank in exchange for a shareholding of up to 9.9%.

Credit Suisse booked a second-quarter net loss of 1.593 billion Swiss francs. This is far below consensus expectations among analysts.

The bank has been plagued over the past year by sluggish investment banking revenues. The bank also faced losses from the withdrawal of its business in Russia. In addition, litigation costs relating to a host of legacy compliance and risk management failures. This includes the Archegos hedge fund scandal.

Is Credit Suisse In Trouble?

Here are some other financial highlights for the third quarter:

Credit Suisse’s 3rd quarter loss was indicative of the stress Credit Suisse has suffered in its core business.

The bank also saw an outflow of deposits and assets under management. The bank says this is attributed in part to negative press and social media coverage resulting from the Archegos and Greensill Capital sagas.

Credit Suisse is planning a rejuvenation of the CS First Boston brand in hopes of improving it’s image.