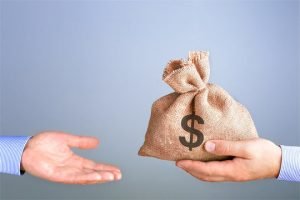 Wells Fargo will pay $94 million to settle a class-action lawsuit. Plaintiffs argue Wells Fargo unlawfully sent more than 200,000 mortgage borrowers into forbearance during the pandemic. The lawsuit says Wells Fargo also did it without their consent.

Plaintiffs argued that the bank provided forbearances to customers who made inquiries or expressed hardship. However, plaintiffs had not explicitly requested forbearance.

Wells Fargo denied any wrongdoing in its Sept. 9 settlement. The settlement was filed last week in federal court in Columbus, Ohio. It is awaiting for the presiding judge to  sign-off on it.

The lawsuit known as Echard v Wells Fargo Bank includes over 212,000 loans. The loans likely played some role in Wells Fargo’s recent decision to pull back from mortgage lending.

Wells Fargo has also been battling a series of controversies related to minority mortgage borrowing. The bank is also facing controversies in it’s hiring practices.

In March, Bloomberg reported that Wells Fargo in 2020 rejected more than half of the refinancing applications of minority homeowners. The bank’s 47% approval rate for Black customers was the lowest among major lenders. Its approval rate of white applicants for refis was 72% in 2020.

Wells Fargo has denied any wrongdoing and said its underwriting practices are consistently applied regardless of the customer’s race or ethnicity.