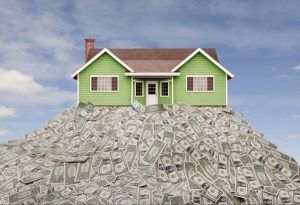 We’re leaning in and investing while others are getting out, Being the first to market, building the tech and getting it into brokers’ hands is one example.

Rocket Mortgage says the new conforming loan purchase limit will offer better pricing. It will also require a smaller down payment for purchases and easier documentation compared to a jumbo loan.

Time will tell if this helps their plummeting origination numbers and compete with UWM’s Game On pricing initiative. Rocket Pro TPO also plans to diversify its product portfolio by offering home equity loans in mid-September.

The conventional loan limit for 2022 is a baseline of $647,2000 for one-unit properties. However, it rises to $970,800 in high-cost areas. This is an indication that Fannie and Freddie limits on purchased loans could eclipse the $1 million mark in 2023.