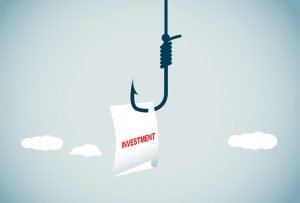 Investment scam ringleader Paul Geraci pleaded guilty last week for his role in a large investment scheme. Geraci and several others defrauded investors out of approximately $21 million. They falsely claiming that investors’ money would go towards the development of a lucrative mobile gaming app. However, the project never launched and generated no revenue during the scheme.

Geraci pleaded guilty to conspiring to commit mail fraud and wire fraud. He faces a maximum term of 20 years in prison. Federal prosecutors are pursuing forfeiture of Geraci’s home. Geraci’s plea agreement states he must pay a forfeiture judgment of approximately $1.2 million

Geraci is the fifth defendant in the scam to plead guilty:

Gerald Parker was the former CEO of Social Voucher. He is still awaiting trial. The court has scheduled his trial to begin on September 27, 2022.

Geraci admitted that for 2 years, he used Pinnacle Atlantic as a conduit to fraudulently sell stock in a company called Social Voucher.com, Inc. He and others later changed the name of Social Voucher to Stocket, Inc.

Geraci admitted that he and others at Pinnacle Atlantic took commissions as large as 50% of the investment. He and others failed to disclose this to investors.

Geraci also states he paid co-defendant Ted Romeo in cash to pitch Social Voucher stock. However, Geraci and others failed to disclose Ted Romeo had a civil judgment against him.

Geraci also admitted Social Voucher stock offering was not registered with the SEC. According to Geraci’s plea agreement, he caused between $1.5 and $3.5 million in loss to the investors.

Federal prosecutors also say they recorded Geraci several times during the scheme. Prosecutors say Geraci was recorded pitching Social Voucher stock to an undercover FBI agent posing as an investor. FBI recorded him saying his investment money was “all for programming and software.”

In reality, the FBI agent invested $50,000 in undercover funds and half the money went into Geraci’s pocket.  Geraci was also recorded paying cash kickbacks to a man at a Boca Raton Starbucks in exchange for securing investors. He also knew that the Detroit fraudster was under a federal fraud indictment in Detroit.

Investors sued the company after the FBI executed a search warrant at the Social Voucher office in June 2018. As a result the court granted the investors’ request to appoint a receiver to take over management of the company.