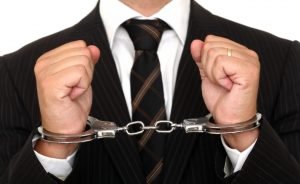 A federal jury has convicted a former HUD official. Former HUD Assistant Inspector-General  Eghbal “Eddie” Saffarinia concealed efforts to direct tens of millions of dollars in government business to a friend to whom he owed money. The friend was also government contractor.

Saffarinia perpetrated a scheme to conceal key facts. These facts include the extent and nature of his relationship with a “personal friend.”

Saffarinia’s friend was the owner and CEO of an information technology company. Court documents and evidence presented a trial.

The DOJ also stated in the announcement of the conviction:

Saffarinia disclosed confidential internal government information to his friend and undertook efforts to steer government contracts and provide competitive advantages and preferential treatment to his friend’s company. Saffarinia also failed to disclose this financial relationship and another large promissory note on his public financial-disclosure forms.

The Department of Justice announced of the conviction. In their announcement, they state Saffarinia received “payment and loans from his friend totaling $80,000.”

The government also claimed that Saffarinia disclosed confidential internal government information to his friend. He then undertook efforts to steer government They say he also failed to disclose this financial relationship and another large promissory note on his public financial-disclosure forms.

The case was investigated by the FBI field office in Washington, D.C., and the Office of the Inspector General of the Intelligence Community.