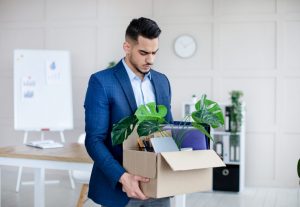 A few days ago, Zoe Rosenberg of Business Insider sat down with a former insider at Compass. The former employee told her that more secret Compass layoffs are coming before the end of the third quarter.

This follows the company’s first round of mass layoffs in June.

In August, a leaked internal email from Compass CEO Robert Reffkin confirmed that more layoffs are coming before October. Both rounds of layoffs are part of a major cost-cutting push in order to turn profitable for the first time.

Company spokespeople say the layoffs will affect roles that do not impact agents. Reffkin’s email to employees said the affected jobs will be focused on roles outside of the regional operations team.

The spokesperson declined to comment on how many employees will lose their jobs. The company did say this will be the last of the layoffs. The majority of the layoffs will occur before October,

In his most recent letter to employees, Reffkin blamed rising interest rates for a hit on Compass’ bottom line. Home sales across the country have slowed down this year. Compass projected full-year revenues for 2022 between $6.15 billion and $6.45 billion. This is well below earlier predictions of between $7.6 billion and $8 billion.

Compass isn’t the only real estate company feeling the pain of a slowing market. Dozens of brokers and lenders have had massive layoffs.