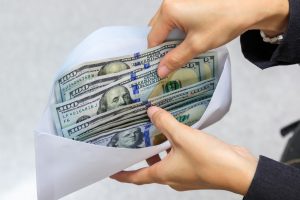 Rocket Mortgage extends it’s the second wave of “voluntary career transition” offers to employees. The company is expecting a drastic reduction in origination volume in the third quarter.

The company says the buyout offer is a “completely optional plan.”

The extended buyout off is only being offered to a small percentage of employees. Rocket Management says the offers follow requests from employees who are planning a pivot to a different industry.

The package includes several months of salary and a portion of their banked time off. The package also offers benefits coverage through 2022. As well as, a career transition services of one-on-one career coaching and job search assistance.

Rocket management did not comment on the size of the buyout. The company also refused to say if buyouts and layoffs would continue. Rocket has seen its origination volume drop since the beginning of the year.

Rocket Mortgage had 26,000 employees before the first round of buyouts. In April, Rocket offered buyouts to 8% of its employees at its mortgage operations and title teams.

The nation’s largest lender hasn’t been immune to the volatile mortgage rate environment. In the second quarter, Rocket’s profit dropped to $60 million, falling sharply from $1 billion in the previous quarter due to a sharper than expected drop in the purchase business.

The company is expecting closed loan volume between $23 billion and $28 billion in the third quarter. Rocket also expects a total expense reduction of up to $150 million. This is due to production and marketing-related costs in the 3rd quarter.

Check out more stories about Rocket Mortgage on MFI-Miami.