Increasing Profit Margins Is The Goal Says Homepoint Management. Company Says They Are Not Afraid To Downsize Permanently 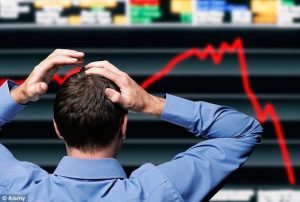 Homepoint took a $44 Million loss in the second quarter of 2022. The company had already reduced costs and sold the mortgage servicing rights for loans in their servicing portfolio.

The company reported that surging interest rates reduced volume. In addition, the company attempted to compete against aggressive pricing strategy from its rival United Wholesale Mortgage. However, it appears the boys from Detroit kicked Homepoint’s ass.

Afterwards, Homepoint said it will not engage in a price war with UWM.

Our bias right now is towards more margins and less volume. We’re not afraid to get smaller as an organization.

Consequently, the servicing portfolio totaled $90.5 billion in unpaid principal balance as of June 30, 2022. This is down 11.2% quarter-over-quarter and 27.2% year-over-year.

The company does have $135.8 million in cash and cash equivalents as of June 30, 2022. It also had a total available liquidity of $632.3 million. However, Homepoint’s board of directors decided not to declare a dividend for the second quarter. This was to maintain a strong liquidity position.

The company did not provide any details of a strategy for the third quarter. Management claimed they wanted to have “flexibility” with its strategy.

Homepoint’s share was trading at $3.80 on Thursday. This is up 2.7% from the previous close.